ND, FABNO
A recent observational study generated maps that color coded high to low levels of light at night, as well as breast cancer incidence, per census tract. As hypothesized, more cases occurred in the urban and high-population areas. 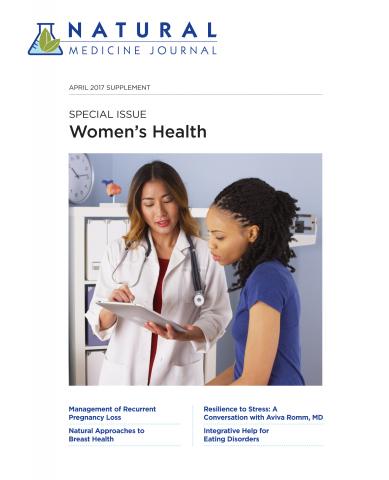 This study tested the prediction that women living in communities with high nighttime outdoor light levels have higher breast cancer incidence rates. Breast cancer rates obtained from the tumor registry were linked to a spatial map using census data. This information was compared to data on light exposure at night obtained from satellite photos. To account for lag between exposure and breast cancer diagnosis, the study used a 10-year latency period, comparing years 2005-2009 data on breast cancer incidence with light at night data from 1996/97.

The whole female population of the state of Connecticut. Breast cancer data from the Connecticut Tumor Registry from 2005 to 2009 was geocoded to the numbers of cancer-diagnosed women within the state.

The study generated maps that color code high to low LAN levels, as well as breast cancer incidence, per census tract. As hypothesized, more cases occurred in the urban and high-population areas. Relative risk for breast cancer was 63% higher for women living in the areas with greatest light at night (LAN) compared to those women living in the lowest LAN areas (RR=1.63; 95% CI=1.41, 1.89). The association of LAN with breast cancer incidence weakened with age; the association was strongest among premenopausal women.

This study is an ecological study—an observational study defined at the population or group level rather than individual level. To test whether exposure to electric LAN increases breast cancer risk in women, a measure of outdoor nighttime illumination, as detected by satellite image, was used as a surrogate for light exposure incident on the retina of women at night.

This is one of a number of similar published studies done in multiple locations around the world that suggest a correlation between artificial light at night and breast cancer risk. These findings have been consistent enough to raise the question whether simply living in an environment that is darker at night might lower breast cancer risk.

Richard Stevens, one of the authors of this current paper, first suggested that electric lighting might alter breast cancer risk in a paper he wrote in 1987.1 He theorized that exposure to LAN disrupted melatonin production and the circadian cycle. Because estrogen levels are inversely associated with melatonin, Stevens theorized that LAN would lead to greater estrogenic effects on breast tissue and eventually to higher cancer risk.2

Epidemiologists at the time knew that breast cancer rates differed markedly between Western countries and Asia. The initial assumption was that the difference was due to high-fat diets in the West. And while correlations appeared to support this ‘fat story premise,’ cohort studies had not confirmed the theory.3

Stevens’ hypothesis has been challenging to confirm as few populations remain that do not have electric lights, and those populations that do live without electricity have such dramatically different lifestyles from us that it is impossible to identify all the potential confounding influences on cancer risk.

Over the years, several key predictions have been tested and proven that confirm the initial Stevens hypothesis.

The first was that blind women, who do not tend to use indoor electric lighting, have a lower risk of BC.4

Secondly, several studies that have examined night-shift workers have found that women who work night shifts or who have more exposure to LAN regularly have higher risk of breast cancer.5-7 In a major meta-analysis of 16 prospective cohort studies published in 2015, Lin et al reported increased morbidity and all-cause mortality in breast cancer with number of years engaged in night work.8 Not all studies agree, though. Another 2016 meta-analysis out of the United Kingdom reported on 10 studies and found no association.9 These variations in results may be partially if not fully explained as due to variations in circadian genes that account for varying susceptibility to disruption.10,11

In a recently published French case-control study (975 cases and 1,317 controls), the risk for ER+ and PR+ breast cancer doubled and the risk for HER2+ cancers nearly tripled in women working night shifts.12

Kloog published similar findings on BC risk and LAN on a global level in 2010.14 Rybnikova confirmed these findings in 2015, finding the strongest associations between exposure to artificial light at night (ALAN) and breast cancer was in Western Europe, while in Southeast Asia and the Gulf States the effect was weaker.15

Even so, a 2015 study reported light pollution was significantly associated with breast cancer risk in both urban and rural regions of South Korea; however, no association was found between ALAN and female lung, liver, cervical, gastric, or colon cancers.16 It does appear that prostate cancer may also be strongly linked to LAN. Other cancers are much less influenced or entirely unaffected by LAN.17,18

The current Connecticut study data tell us that the communities that “are more highly lighted at night in Connecticut have higher breast cancer incidence.” Connecticut is far closer to home for most of us than Israel or South Korea, so this information in a way seems to make these other data more relevant.

A November 2016 paper again analyzing data from Israel also reported a strong association between LAN and breast cancer and provides estimates of ‘dose effect.’ Light intensity (lux) was calculated based on road length and street lamp brightness to the degree that the authors could approximate that light intensities above 16 lux were enough to affect melatonin levels and BC morbidity.20

Why LAN increases breast cancer risk is still not fully explained. Initially, theories focused on melatonin suppression and shifts in estrogen, but more recently attention has been drawn to circadian rhythmicity and its disruption.21 Light exposure at night and melatonin disruption contributes to genetic instability.22 Circadian cycles regulate cellular responses to DNA damage and the timing of the cell cycle, though these relationships are complex and difficult to generalize as good or bad.23,24

Whatever the mechanism, light at night should be considered a potential carcinogenic environmental pollutant and we should encourage patients to reduce exposure. By doing so, we may favorably impact incidence of breast cancer in the larger population.

Heather Wright, ND, FABNO is president of the OncANP and research director for KNOWoncology.org. Wright is also owner of Good Apple Wellness and works with people and families affected by cancer to empower health. Wright gained experience working in hospital-based oncology teams for the first 9 years in practice and now offers private consultations while also helping support research and publication projects in integrative oncology. Prior to attending Bastyr, Wright completed post-baccalaureate premedical studies at Tufts University and Northeastern University in Boston and worked in the Harvard Mallinckrodt Laboratory of Molecular and Cellular Biochemistry as Lab Manager and Research Assistant. She holds a bachelor’s degree in liberal arts from St. Lawrence University and has completed an internship in community medicine in East Africa. After graduating from Bastyr University in 2005, Wright trained in a hospital in upstate NY in internal medicine as well as in the cancer treatment center. On moving to Philadelphia PA, Wright trained to become a Fellow of the American Board of Naturopathic Oncology and became board-certified in 2011. She subsequently began developing research projects, eventually running a clinical trial on IVC and co-authoring others. Wright has team-trained 8 residents in 2-year naturopathic residency programs and has 2 children who surely eat enough fruits and veggies daily. 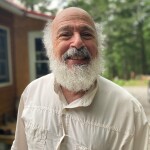 Early to Supper and Late to Bed May Lower Cancer Risk