ND
In a recent study, Epstein Barr virus patients who received intravenous vitamin C demonstrated decreased levels of antigens in the acute state of disease and alleviation of symptoms of the infection.

This was a retrospective study from a database of patients who tested serologically positive for Epstein Barr virus (EBV) infection either untreated or managed with intravenous vitamin C (IVC) infusions at the Riordan Clinic in Wichita, Kansas. The dosages used were 7.5 g, 15 g, 25 g, and 50 g. The complete IVC protocols can be seen in Table 1. Glucose-6-phosphate dehydrogenase was assessed for all patients before beginning IVC.

a Protocols based on 2 previous studies.1,2

The study evaluated 218 patients between 1997 and 2006 who had clinically elevated levels of EBV (178 with elevated EBV viral capsid antigen [VCA] IgG and 40 with elevated EBV VCA IgM). One hundred and ten subjects had a diagnosis of chronic fatigue syndrome, with the remainder diagnosed with fatigue, acute infectious mononucleosis, or EBV infection. Other demographics were not provided by the authors.

The primary outcome measures were disease duration and reduction of viral antibody levels. Secondary measures were plasma levels of ascorbic acid and 25-hydroxycholecalciferol.

Of 35 subjects with sufficient follow-up, the average EBV VCA IgG level pretreatment was 80±55 arbitrary units (AU) and 46±43 AU posttreatment, an average improvement of approximately 40% (P=0.001). Thirty-two of the 35 subjects had decreased EBV VCA IgG posttreatment while 3 had increased EBV VCA IgG.
Data were further broken down into patients who did not receive IVC treatment (controls) and patients treated with 5 or more IVC treatments. The decrease in percentage in EBV VCA IgG over time was greater in those receiving 5 or more IVC treatments when compared to those receiving no treatment. There was a 17±13% decrease in EBV antibodies in the control group compared to 46±39% in the 5-or-more IVC group (P<0.002).
Of those patients treated with IVC, the percentage of reduction in EBV VCA IgG increased with the number of treatments received. The calculated change in the percentage of improvement was 2.7±0.7% per treatment (P<0.001).
Peak ascorbic acid plasma levels after IVC infusion varied dependent upon the severity of the infection. Plasma ascorbic acid concentrations following 15-g IVC infusions averaged 7.0±1.1 mmol in patients with lower IgG viral loads (<70 AU) and 5.9±1.4 mmol in subjects with higher viral loads (>70 AU), suggesting that patients with higher EBV infection burdens (as indicated by antibody levels) were more depleted of vitamin C.
Higher vitamin D concentrations correlated with lower EBV IgG antibody levels.

Demographic information was quite limited in this study. Other weaknesses included these issues:  IVC treatment intervals were not provided, EBV symptomatology was not assessed, and there was wide variability in the subgroup receiving more than 5 treatments, which ranged from 5 to 23.

Positive EBV antibody serology rates have reached over 95% in all populations with a worldwide distribution.3 EBV is one of 8 known human herpesviruses first detected in 1964 from cultured human B lymphoid cells obtained from Burkitt lymphoma specimens in Africa.4 EBV infection is spread primarily by saliva, with the incubation period lasting from 4 to 8 weeks. The symptomatic primary EBV infection seen in otherwise healthy older children, adolescents, and young adults is commonly known as acute infectious mononucleosis (IM). IM may present with fever, pharyngitis, adenopathy, splenomegaly, malaise, and an atypical lymphocytosis.5,6

Complications of reactivated or persistently active EBV infection with or without immunological deficiency may result in several lymphoproliferative disorders such as Burkitt lymphoma, Hodgkin lymphoma, non-Hodgkin lymphoma, oral hairy leukoplakia, inflammatory pseudotumor, T-cell lymphoma, smooth muscle tumors, parotid carcinoma, nasopharyngeal carcinoma, and gastric adenocarcinoma, with possible pathogenic mechanisms including genetic susceptibility, immunodeficiency, and/or environmental factors.7
EBV replicates primarily in B lymphocytes but under certain conditions, human T-cells, natural killer cells, monocytes, smooth muscle cells, and endothelial cells can become infected by EBV,8 suggesting that many diseases might be etiologically linked to EBV infection.
EBV has also been suspected as a pathogenic factor for various autoimmune diseases, including multiple sclerosis, rheumatoid diseases, autoimmune hepatitis, and inflammatory bowel disease. Pender proposes a unifying hypothesis suggesting that a genetically determined CD8+ T-cell (CD8) deficiency underlies the development of autoimmune diseases by impairing CD8 control of EBV infection. He also presents evidence that vitamin D deficiency is associated with a decreased proportion of CD8, cells suggesting that deprivation of sunlight and low levels of 25-hydroxycholecalciferol exacerbate the CD8 genetic deficiency and impair control of EBV infection.9
Table 2 describes common diagnostic laboratory workups for the diagnosis of EBV. In an acute infection, heterophile antibodies can be measured, providing the basis for the monospot rapid agglutination test. Antibodies to VCA IgG and VCA IgM are produced during the early symptom course and are more specific for EBV. IgG antibodies to EBV nuclear antibody (EBNA) appear 6 to 12 weeks after onset of symptoms and are elevated when the virus begins to establish latency. Both the VCA IgG antibody and EBNA persist for life. IgG antibodies to early antigen (EA) are present at the onset of clinical illness, can be elevated for several months and include two subsets: anti-D EA and anti-R EA.10-13

Uncomplicated primary EBV infections rarely require more than supportive therapy. Because corticosteroids, acyclovir, and antihistamines have not shown clinical benefit compared to placebo for the routine treatment of IM,8 naturopathic immune supportive therapy (eg, IVC) has the potential to provide individuals with symptomatic relief, improved recovery, and prevention from further viral complication.
Because of the large body of evidence implicating EBV in the etiology of a variety of human neoplasms, current clinical trials are looking at boosting immunity to EBV through immunization by targeting glycoprotein 350/220, one of the most abundant viral proteins present on the EBV surface. Trials have shown immunogenicity and a reduction in clinical symptoms, but immunization did not prevent EBV infection.14,15
Treatment of reactivated or persistently active EBV infections is often limited to the management of symptoms—with no obvious effect on morbidity and outcome—using antiviral agents, immunomodulating therapy (such as interferon gamma), interleukin-2, corticosteroids, cyclosporine A, immunoglobulins, and chemotherapeutic drugs.16,17 This presents an opportunity for further research utilizing naturopathic modalities such as IVC. Preliminary data for the treatment of chronic EBV infection are promising for vitamin D,18,19 curcumin,20 and Reishi mushrooms extracts.21
Observational studies have shown that individuals suffering from postherpetic neuralgia exhibit significantly lower serum ascorbate levels then healthy individuals and had improved viral recovery when supplemented with pharmacological doses of ascorbic acid.22 In vitro studies validated these findings, showing that ascorbate inhibits the replication of herpes simplex virus type 1, influenza type A, and poliovirus type 1.23 Evidence from the clinical study described above using IVC in ranges from 7.5 g to 50 g suggests a positive effect on disease duration and reduction in viral antibody levels. 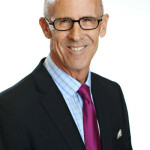 Michael Traub, ND, DHANP, FABNO, is a leading expert in dermatology. He graduated from National University of Naturopathic Medicine in 1981, where he also completed a residency in family practice and homeopathy. Traub served as president of the American Association of Naturopathic Physicians (AANP) Physician, 2001â€“2003. He is author of Essentials of Dermatologic Diagnosis and Integrative Therapeutics. A fellow of the American Board of Naturopathic Oncology, Traub has been actively engaged in clinical research throughout most of his career. He has served as medical director of Lokahi Health Center in Kailua Kona, Hawaii, for more than 3 decades.