A total of 79 participants were allocated into 4 groups treated with either aged garlic extract (AGE) and S-allylcysteine (groups g1, g2 and g4 containing 240/480/960 mg of AGE and 0.6/1.2/2.4 mg of S-allylcysteine) or placebo based on 80% power analysis to detect 10 mmHg of difference in systolic blood pressure. These participants were on an established plan of prescription antihypertensive medications for the 2 months prior to enrolling in the trial.

There was a significant reduction in systolic blood pressure among participants in the g2 group compared to the placebo over 12 weeks (-11.8±5.4 mmHg, P=0.006), whereas it reached borderline statistically significant reduction in the group g4 at 8 weeks (-7.4±4.1 mmHg, P=0.07). There was improvement in diastolic blood pressure in the g2 group, though it was statistically insignificant compared to placebo (-5.3±4.2 mmHg). Gastrointestinal intolerance was the main side effect, especially among group g4 participants. The pills were easy to take and acceptable to most participants.

Multiple randomized clinical trials have shown cardioprotective effects of AGE. The current clinical trial provides further evidence of the role of AGE in lowering blood pressure among hypertensive patients. According to Reid K and colleagues, "The observed reduction in systolic blood pressure is comparable to that achieved with commonly prescribed antihypertensive medicines, and is of clinical significance, whereby a reduction of about 10 mmHg in SBP is associated with a risk reduction in cardiovascular disease by 16–40%."
The benefit was greatest with the 480 mg preparation of AGE, whereas the antihypertensive effect was smaller with the 960 mg preparation of AGE, perhaps due to poor compliance and less tolerability associated in the g4 group. In another randomized clinical trial, Reid K et al. showed a significant reduction in systolic blood pressure (-10.2±4.3 mmHg, P=0.03) associated with the use of 960 mg of AGE and 2.4mg of S-allylcysteine in participants with baseline systolic blood pressure greater than ≥140 mmHg. The current study showed a borderline significant reduction of systolic blood pressure in the g4 group (-7.4±4.1 mmHg, P=0.07). Further large-scale studies may be required to validate these findings.
Cardiovascular disease is the leading cause of morbidity and mortality among the US population. AGE helps to modulate multiple cardiovascular risk factors by lowering blood pressure, inhibiting platelet aggregation and adhesion, lowering cholesterol, and preventing LDL oxidation and smoking-induced oxidative damage.1–4 Our previous studies have shown that AGE retards the progression of coronary atherosclerosis, improves vascular function, and has favorable a effect on oxidative biomarkers among high-risk firefighter populations.5–8 AGE has been proposed to effect coronary atherosclerosis by preventing smooth muscle cell transformation and proliferation, preventing entry of lipids into the arterial wall and macrophages, and also directly suppressing atherosclerosis.2,9 AGE has also been shown to have a beneficial effect on arterial function by inhibiting endothelial cell damage, transforming smooth muscle cells, and inhibiting the damage of nitric oxide synthesis.10,11

Cardiovascular disease is the leading cause of morbidity and mortality among the US population.

Matthew J. Budoff, MD, FACC, FAHA, is a professor of medicine at the David Geffen School of Medicine and is the director of cardiac CT at Harbor-UCLA Medical Center in Torrance, Calif. Budoff is chief investigator in several active medical research trials and is a frequent lecturer on topics of cardiology at symposia, congresses, and annual conferences on nearly every continent. He has authored or coauthored more than 500 research papers, 6 books, and 36 book chapters. Budoff received the Einstein Award for Scientific Achievement from the International Biographical Centre, Cambridge, UK, and was awarded the Top Oral Abstract at the American Heart Association’s 2009 meeting. Most recently, he was named to the U.S. News & World Report list of Top Doctors for 2011. 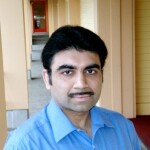 Irfan Qureshi, ND, is vice president, technical and regulatory affairs for AIBMR Life Sciences in Puyallup, Wash., a natural products consulting firm specializing in regulatory guidance and research strategies. Qureshi earned a bachelor’s degree in microbiology from the University of Washington and a degree in Naturopathic Medicine from Bastyr University. He is a member of the American Association of Naturopathic Physicians. Qureshi also maintains a private naturopathic medical practice in SeaTac, Wash., specializing in the treatment of chronic diseases and autism. He is a frequent contributor to industry trade journals such as Nutritional Outlook.

A Hydrolyzed Casein Standardized to Lactotripeptides for Support of Vascular Health

Hibiscus, Hawthorn, and the Heart