Is an increased risk of colon cancer associated with a high-GL diet, low-fiber diet, or a combination of both?

ND
The effect of metabolic syndrome on the risk and prognosis of colon cancer has been well documented.3–6 Metabolic syndrome is defined as having at least 3 of the following: central obesity, hypertension, abnormal blood lipid levels, and high blood glucose level.

Prospective observational study in which subjects completed food frequency questionnaires during and 6 months after participation in the Cancer and Leukemia Group B (CALGB) 89803 adjuvant chemotherapy trial for stage III colon cancer.

The study included 1,011 patients who were enrolled in the CALGB 89803 adjuvant therapy trial for stage III colon cancer. All subjects had a complete surgical resection of the primary tumor within 56 days of enrollment in the study and had regional lymph node metastasis with no evidence of distant metastasis. All participants received adjuvant chemotherapy with 1 of 2 regimens. The CALGB 89803 trial concluded that these 2 chemotherapy regimens have equivalent impacts on survival. Further analysis was then done to examine the impact of dietary factors on survival.

In this publication, a high-GL diet significantly decreased colon cancer survival in overweight and obese patients. High GL was associated with decreased DFS in subjects with a BMI ≥25 kg/m2, but not in subjects with a BMI <25 kg/m2. This finding suggests that GL may not be solely responsible for increased colon cancer risk but that it becomes a risk factor in the presence of excess body weight.
The effect of metabolic syndrome on the risk and prognosis of colon cancer has been well documented.3–6 Metabolic syndrome is defined as having at least 3 of the following: central obesity, hypertension, abnormal blood lipid levels, and high blood glucose level.7 A case-control study of 507 cases of colorectal cancer found that those with metabolic syndrome experienced decreased overall survival times compared to those without it: 48.0 months and 63.0 months, respectively. In addition, 17.1% of those with metabolic syndrome had hepatic metastasis vs 10.2% in the non–metabolic syndrome group.8

Is an increased risk of colon cancer associated with a high-GL diet, low-fiber diet, or a combination of both?

Two other large studies are worth mentioning. Franceschi et al found that both high GI and high GL significantly increased colorectal cancer risk independently of diabetes.9 A study investigating the effects of GI and GL on 19 of the most common cancers found that GL was associated with colorectal cancer, with an OR of 1.28 (CI: 1.05–1.57) when comparing the highest quintile to the lowest quintile. When adjusting for age, sex, BMI, and smoking status, the conclusion remained the same.10 Two published meta-analyses on the subject reported conflicting results. A 2008 meta-analysis of 39 studies found a significant association between colorectal cancer risk and GI and GL, with GL having a greater effect.11 A 2012 meta-analysis did not support an association between GI or GL and colorectal cancer risk. This more recent meta-analysis only included 12 cohort studies, which may have skewed the conclusion.12
In addition to a positive correlation between high dietary GL and colon cancer, this featured study also concluded that elevated total carbohydrate intake significantly decreased DFS, RFS, and OS. This finding may explain why GL, but not GI, was associated with colon cancer. Gnagnarella et al sum up the difference between GI and GL well, stating, “GI reflects the average quality of carbohydrates consumed, whereas the total dietary GL reflects both the average quantity and quality of carbohydrates.”13 So patients may be able to enjoy a small dessert occasionally, provided that the overall daily diet has a low GL.
Is an increased risk of colon cancer associated with a high-GL diet, low-fiber diet, or a combination of both? This is an important question to ask as a high-GL diet is often low in fiber, and a low-fiber diet is an established risk factor for colorectal cancer. Intake of dietary fiber from fruits and vegetables did seem to play a role in the Franceschi et al study, with an OR of 1.4 in the high-fiber (>14 g/d), high-GL group and an OR of 1.9 in the low-fiber (<10 g/d), high-GL group.14
A high GL or GI has been shown to increase insulin-like growth factor-1 (IGF-1) in both normal-weight and overweight individuals. IGF-1 is a biomarker that is thought to be associated with cancer risk in general.15 IGF-1 stimulates human colorectal cancer cell lines.16 It is also involved in angiogenesis via the activation of vascular endothelial growth factor (VEGF), induction of epithelial to mesenchymal transition, and increased expression of metalloproteinases, which leads to tumor invasion.17 These are all good reasons to prevent elevated levels of circulating IGF-1.
Although in the featured study a high dietary GL was a significant risk factor for colon cancer recurrence and mortality only in those with a BMI ≥25 kg/m2, the information presented here makes a very strong case for encouraging colon cancer patients to eat a low-GL diet.
For more research involving integrative oncology, click here.

Laura Perkowski, ND, received her naturopathic doctorate from Bastyr University and has an undergraduate degree in physiology from Michigan State University’s Honors College. While at Bastyr, she interned at the Bastyr Integrative Oncology Research Center and studied with some of the top naturopathic oncologists in the Pacific Northwest. Previously, Perkowski served as both a writer and editor for an online natural health magazine. Perkowski provides naturopathic care to patients at Beaumont Hospital’s integrative medicine clinic in Michigan with a focus on oncology, gastrointestinal health, and autoimmune diseases. 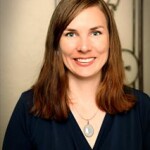 Katherine Neubauer, ND, FABNO, practices in Tulsa, Okla.,with a focus on women's health. She completed residency in naturopathic oncology at Cancer Treatment Centers of America and then practiced on staff at Southwestern Regional Medical Center. Neubauer trained at Southwest College of Naturopathic Medicine and at the University of California at Berkeley. Her work has been published through Naturopathic Doctor News and Review, the American Public Health Association, and the Centers for Disease Control and Prevention.

Some Carbohydrates Are Good for the Heart