Do Cruciferous Vegetables Contribute to Endometriosis?

ND, LAc
A prospective dietary study of a large cohort of women seeks to determine the influence of fruit and vegetable consumption on risk of endometriosis. One explanation of the surprising findings supports the role of gut inflammation in the genesis of endometriosis.

This study analyzed data collected from 70,835 premenopausal women aged 25 to 42 years. All women included in the study had an intact uterus. The following were criteria for exclusion: total energy intake <800 or >4,200 kcal per day; more than 70 food items blank on questionnaire; diagnosis of endometriosis; history of infertility; history of cancer (other than non-melanoma skin cancer).

Somewhat perplexing is the 13% increase of endometriosis with daily consumption of cruciferous vegetables.

Of the singular nutrients that were assessed, only the highest quintile for consumption of the carotenoid β-cryptoxanthin was associated with lower endometriosis risk (P=0.02).

Adjustment for intake of trans fat and omega-3 fatty acids did not influence the results.

A 22-year prospective cohort study of nurses’ diets has been evaluated for dietary associations with endometriosis, revealing some surprising trends. The Nurses’ Health Study II’s (NHSII) became the first prospective cohort study to examine many associations of nutrition with women’s health, including endometriosis.1 Endometriosis affects about 10% of women of reproductive age, often in the third and fourth decades of life. A significant theory for the spread of endometrial tissue is retrograde menstruation through the fallopian tubes. That theory is challenged by data suggesting that retrograde menstruation happens quite often in menstruating women,2 occurring in 76% to 90% and so considered a “universal phenomenon.”3 It is most likely that endometriosis is a multifactorial condition, with oxidative stress4 and inflammation5 as key players, and diet has a significant influence.

Dietary antioxidants such as vitamins E and C have been shown to decrease endometriosis pain,6 and other antioxidant nutrients may have similar effects on pain7 and even the pathogenesis.8 When Harris and her team evaluated the dietary patterns in the NHSII, they were looking for associations with antioxidants, especially carotenoids (retinol activity equivalents such as alpha-carotene, beta-carotene, β-cryptoxanthin, lutein/zeaxanthin, and lycopene), and to determine if those associations were modified by smoking.

Higher consumption of total fruits and vegetables was associated with reduced endometriosis risk up to approximately 5 total servings per day, after which point there was no risk reduction but rather reversal of trends in risk reduction. Daily intake of citrus fruits (oranges, grapefruit, orange juice, grapefruit juice) was associated with a 22% lower risk of endometriosis. In women who had a history of smoking, the associated decrease in risk was even stronger. Citrus fruits contain significant carotenoids, especially β-cryptoxanthin, considered the most common carotenoid in human blood. It has been suggested that β-cryptoxanthin is better absorbed from its major food sources than are other common carotenoids.9 In preclinical data, β-cryptoxanthin reduced markers of oxidative stress10 and decreased inflammatory markers (liver necrosis factor [NF]-κB and tumor necrosis factor [TNF]-α expression).11 Such mechanisms may explain how this particular carotenoid was associated with reduced endometriosis incidence in the study reviewed here.

Somewhat perplexing is the 13% increase of endometriosis with daily consumption of cruciferous vegetables. While cruciferous vegetables are known for their ability to promote proper metabolism of estrogen due to constituents such as indole-3-carbinol,12 this study found their consumption to be correlated with an increased diagnosis of endometriosis. Intake of corn and peas/lima beans was also associated with a higher diagnosis rate. All of these foods contain fermentable food constituents that are linked to gastrointestinal (GI) inflammation. Specifically, fermentable oligosaccharides, disaccharides, monosaccharides, and polyols (FODMAPs),13 which can cause gas, bloating, and/or GI discomfort, are found in cruciferous vegetables as well as in corn and lima beans. Inflammation in the gut is correlated with an increased risk for endometriosis, a relationship that has been observed for years.14 Irritable bowel syndrome (IBS) and endometriosis are both characterized by chronic, low-grade inflammation and mast cell involvement.11 Supplementation with the probiotic strain Lactobacillus gasseri has been found to increase the production of the cytokine interleukin (IL)-12 and significantly decrease menstrual pain and dysmenorrhea in women with endometriosis,3 further supporting the hypothesis that inflammation beginning in the gut contributes to the pathogenesis of endometriosis.

Another possibility, as proffered by the authors of the study, is that the nonspecific symptoms of GI distress, such as gas and bloating associated with FODMAP foods, may prompt more gynecological referrals. The increase in workups may lead to higher rates of endometriosis diagnoses.

Lastly, the participants in this study were exclusively nurses, who may have begun eating more cruciferous vegetables after their diagnosis of endometriosis. The timing of the diagnosis relative to ingestion was not reported, so the truth of this hypothesis is not possible to discern.

Past reports indicated that the time between onset of symptoms and diagnosis of endometriosis could be as long as 12 years.15 Although recent reports indicate the time lag has shortened to approximately 4 to 5 years, adolescents still have a longer time to diagnosis.16 One recommendation suggests that women with suspected IBS who have a family history of endometriosis should be evaluated for the condition.17 We hope to gain more clarity about dietary associations from studies similar to the study reviewed here, but the cruciferous connection is something to watch.

Although cohort studies are considered midlevel in the evidence pyramid,18 they demonstrate associations and can make for intriguing intervention study designs. Going forward, an intervention study to determine if given foods correlate with repeat endometriosis diagnoses seems one way to tease out this counterintuitive trend of crucifers with endometriosis diagnosis. 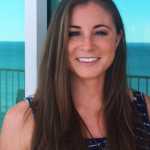 Haley Doherty is a third-year naturopathic student and research fellow at the National University of Health Sciences in Chicago.