Evaluating the results of the recent report from the SELECT Trial

Fatty acid compositions expressed as weight percentage of total plasma phospholipids were reported for total long-chain omega-3 fatty acids (EPA+DPA+DHA), ALA, EPA, DHA, DPA, LA, AA, and TFA. Fatty acid weight percentages were divided into quartiles and the relative risk of developing prostate cancer was evaluated by comparing the lowest and highest quartile of each fatty acid.
For the meta-analysis, risk estimates and 95% confidence intervals comparing highest with lowest quartiles of exposure to EPA, DHA, and total long-chain omega-3 fatty acids were extracted from individual studies and combined under a fixed effects meta-analysis model. The authors did not describe study selection (inclusion/exclusion) criteria for the analysis.

There was weak evidence that some TFAs were associated with increased risk of prostate cancer. Overall, the data on TFA only reached borderline statistical significance and were inconclusive.

Current evidence suggests that inflammation plays a role in the etiology of most cancers. Early prostate carcinogenesis is characterized by highly proliferative atrophic epithelial cells with notable inflammatory infiltrates.1 The long-chain omega-3 fatty acids EPA, DPA, and DHA are anti-inflammatory fatty acids found primarily in cold water oily fish. These fatty acids impact inflammatory pathways by inhibiting tumor necrosis factor-beta, modifying eicosanoid production, and affecting cell permeability and gene expression.2 These physiological effects are related to the reduction of inflammation. In contrast, the primary omega-6 fatty acids (LA and AA) and trans-fatty acids are associated with increased inflammation.3,4 Hence, the results reported by Brasky et al contradict the expectation that higher intake of omega-3 fatty acids and lower intake of omega-6 and trans-fatty acids would reduce the risk of prostate cancer through an anti-inflammatory mechanism.
The potential clinical implications of these results should be contemplated with careful consideration of the various limitations of the study. First and foremost, the basic tenets of science dictate that the observational study is designed to generate, rather than confirm, a hypothesis. It is widely accepted that observational study designs are not adequate to establish a cause-and-effect relationship. So, based on this study alone, it is incorrect to conclude that omega-3 fatty acids cause cancer. The study’s design is well-suited to identify correlations that should be interpreted in context, with consideration of biological plausibility and other clinical trials, which should have modified the author’s provocative and oddly strong conclusions.
The SELECT study was designed to assess the effects of selenium and vitamin E supplementation—not omega-3 fatty acids—on prostate cancer risk. Thus, neither fish nor fish oil supplements were given to any of the subjects in the trial. There was also no documentation of dietary intake of fish or fish oil supplements. The author is making a frank error by making conclusions about supplemental omega-3 fats without having any data related to supplemental intake.
In the current study, 100 percent of the information reported about fish and fish oil intake over the multiyear study period is derived from a single baseline analysis of plasma phospholipids. Plasma phospholipid omega-3 levels are heavily influenced by recent intake and are considered a poor biomarker of long- or medium-term intake, especially when compared with red blood cell membrane levels that reflect longer-term intake. One serving of EPA, DPA, and DHA can result in greater than 100% short-term increases in plasma omega-3 levels.5 A single measurement of any short-term nutrient biomarker has questionable value in the assessment of correlations to chronic diseases, like cancer, that may manifest several years later.

The study by Brasky et al should not change clinicians' dietary recommendations or prescribing patterns.

In addition to the aforementioned limitations, other red flags should have signaled the authors to amend their conclusions. The authors recommend “moderating fish consumption intake and avoiding supplements” based on their assertion that the study results “confirm previous reports of increased prostate cancer risk among men with high blood concentrations of long-chain omega-3 fatty acids.”6 The levels of omega-3 fatty acids in study participants were not high, but reflect moderate dietary intake of fish. The difference in blood concentrations between the lowest and highest quartiles for total omega-3 was quite small and reflects a difference of about 2 fish meals per week. Total omega-3 as a percentage of total fatty acids was 3.7% in the lowest group and 5.3% in the highest quartile, a difference of 1.6%. The authors also indicated that a plasma level of omega-3 of 4.7% versus 4.5% suggests significantly higher risk of aggressive prostate cancer. This is 0.2% difference in omega-3 levels. While methodologies differ, the literature suggests that an omega-3 index of approximately 4% is indicative of a normal, unsupplemented population.7,8 Therefore, the subjects in the current study, even those in the highest quartile, do not likely reflect a population with high fish intake or a generally supplemented population.
According to the authors’ interpretation of these data, increasing fish intake by 1–2 servings per week would increase prostate cancer risk of 43% to 71%. This directly contradicts dietary recommendations from multiple health authorities including the American Heart Association, the World Health Organization (WHO), the US Institute of Medicine’s Food Nutrition Board (IOM FNB), and the 2010 Dietary Guidelines. In addition, the authors did not discuss their results in the context of authoritative risk assessments specifically designed to assess the safety of higher intakes of omega-3 fatty acids. The European Food Safety Authority (EFSA) conducted a formal risk assessment of long-chain omega-3 fatty acids to identify an upper safe level of intake for EPA and DHA and concluded that supplemental intakes of combined EPA and DHA of up to 5 grams per day, EPA alone of up to 1.8 grams per day, and DHA alone of 1 gram per day do not raise any safety concerns for the general population.9
The meta-analysis reported in this paper does not provide information on how studies were selected and appears to have excluded studies that reached different conclusions. For example, researchers investigated the effect of dietary fish intake in 6,272 Swedish men who were followed for 30 years. That study reported that men who ate no fish had a 2-to-3-fold increase in the risk of developing prostate cancer compared with those who consumed large amounts of fish in their diet.10 A study from the Harvard School of Public Health examined the relationship between dietary fish consumption and the risk of metastatic prostate cancer. This paper reported results from the Health Professionals Follow-up Study that involved 47,882 men followed for 12 years. During the 12 years, 2,483 cases of prostate cancer were identified. Of these, 617 were advanced and 278 were metastatic. Eating fish more than 3 times a week reduced the risk of prostate cancer but had an even greater impact reducing the risk of metastatic prostate cancer.11
In summary, the study by Brasky et al should not change clinicians’ dietary recommendations or prescribing patterns. Epidemiological studies do not establish cause-and-effect relationships, and this study was not originally designed to answer questions about omega-3 fatty acids and prostate cancer. The plasma omega-3 data in this study reflect only short-term intake at a single point in time, which, in many cases, may have been years before the first signs of cancer. The results are not supported by biological plausibility, and several other studies contradict the authors’ conclusions. And finally, an obvious question lingers: If eating fish alone raises prostate cancer risk, then populations, such as the Japanese, in which fish is a dietary staple, would have very high rates of prostate cancer. This does not seem to be the case. The final piece of fishy business is why the authors seem so eager to recommend against the use of fish oil supplements, despite their established benefits, when no fish oil supplements were given, and no evidence suggests that they were even consumed, in this study.
For more research involving integrative oncology, click here.

Douglas ‘Duffy’ MacKay, ND, is senior vice president, scientific and regulatory affairs for CV Sciences. MacKay spent 10 years with the Council for Responsible Nutrition (CRN). He has published articles in peer-reviewed journals and serves as an associate editor for the Journal of Dietary Supplements, as well as on the editorial board for several journals. MacKay also serves on the advisory board for the American Botanical Council. He earned his degree in marine biology from the University of California, Santa Cruz and his naturopathic medical degree from the National University of Natural Medicine in Portland, Oregon. 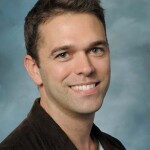 Barry W. Ritz, PhD, is the Vice President of Scientific and Regulatory Affairs at Atrium Innovations, Inc., and is an active researcher in the emerging field of nutritional immunology. Ritz completed his master's and doctorate degrees at Drexel University. He is involved in a number of professional organizations, including the American Society for Nutritional Sciences. Ritz has presented his research at national and international meetings, has numerous publications in scientific journals, and authored a chapter on the use of nutraceuticals for immune restoration in the elderly in the Handbook on Immunosenescence: Basic Understanding and Clinical Applications.