Endocrine and Nutritional Relationships in Centenarians

Results from a retrospective cohort study

This article is part of our May 2022 Healthy Aging special issue. Download the full issue here.

This study was implemented to explore the links among sex hormones, bone turnover, abdominal obesity, nutritional status, and centenarian longevity in the oldest females, comparing those aged more than 100 years to those younger.

If personal identity information was incomplete; identification cards showed an age of less than 80 years; or participants refused to comply with study requirements, including the collection of blood samples. No participants received vitamin D, exogenous steroids, or other treatments that could affect

their sex hormones and bone turnover. No centenarians with oophorectomies participated in the current study.

There were lower levels of height, weight, waist circumference, serum albumin, and geriatric nutritional risk index (P<0.05 for all) in oldest female participants compared to females aged 80 to 99 years.

The oldest of old females had higher levels of osteocalcin, Beta-CrossLaps, and PTH and greatly decreased levels of 25(OH)D3 than females aged 80 to 99 years (P<0.05 for all).

Geriatric nutritional risk index had an inverse relationship with LH, FSH, progesterone, estradiol, osteocalcin, Beta-CrossLaps, and PTH (P<0.05 for all).

Abdominal obesity had an inverse relationship with LH, FSH, osteocalcin, Beta-CrossLaps, and 25(OH)D3 (P<0.05 for all).

FSH levels had a positive relationship with osteocalcin, Beta-CrossLaps, and PTH (P<0.05 for all).

Progesterone levels had a positive association with osteocalcin and Beta-CrossLaps (P<0.05 for all).

It is estimated that by 2030 the number of people aged more than 65 years in the United States will be more than 73 million,1 and those who are aged 80-plus years will number around 20 million.2 Soon there may be more elders in the world than ever before, increasing the incidence of age-related conditions, such as heart disease, diabetes, osteoarthrosis, chronic obstructive pulmonary disease (COPD), cancer, and Alzheimer's disease. Researchers and clinicians alike are interested in evidence-based ways to slow the aging process to reduce age-associated health problems, and the data are increasing. One population of interest is the oldest of old, the centenarians. It is thought that centenarians have fewer (or more specifically, they postpone) age-related conditions, collectively described as “deceleration aging.” This is characterized by a combination of having less inflammation and more resilience, and maintaining functional integrity longer than their peers.3

Elderly people are at risk of reduced endogenous vitamin D production, and possibly reduced absorption of vitamin D when it comes from food and supplements. Elderly people are likely to be less physically active; therefore, they are less likely to get adequate ultraviolet B radiation. In addition, skin tissues also change with age, with an estimated 4-fold reduction in vitamin D in a 70-year-old compared to a 20-year-old.4 Vitamin D is a fat-soluble essential nutrient that has various roles in the body including immune function, bone metabolism, and newfound implications in the process of aging.

There has been research on vitamin D receptor (VDR) gene polymorphisms involved in healthy aging and longevity.5 With certain VDR gene polymorphisms, there may be a greater chance for a lifespan that extends past 100 years of age. Two of these polymorphisms, BsmI and ApaI, have been found to be associated with survival to utmost old age.6 Regardless of the VDR gene, there is a vital need for vitamin D supplementation in the oldest of old individuals due to the progression of an age-dependent decline in endogenous previtamin D3 synthesis in the skin.7 Considering the age-related decline in vitamin D synthesis, it is necessary to also consider supplementation with calcium in those who are elderly.8

It is thought that centenarians have fewer (or more specifically, they postpone) age-related conditions, collectively described as 'deceleration aging.'"

Another factor to consider with aging is metabolic interactions contributing to chronic diseases, starting as young as in the 4th decade of life; some of these relationships include decreased muscle mass, decreased bone density, increased abdominal obesity, hyperglycemia, and insulin resistance. There have been data revealing the relationship between skeletal muscle and bone, with a focus on osteocalcin (OCN, also sometimes called bone Gla protein).15 OCN, largely secreted by mature osteoblasts and possibly also by immature osteocytes,16 is 1 of the most abundant noncollagenous pleiotropic proteins of the bone matrix.17

OCN requires a vitamin K dependent carboxylation, which can be stimulated by 1,25 Vitamin D, and has a strong affinity to the bone hydroxyapatite matrix.18 OCN can be used as a specific biomarker of bone turnover, and there are suggestions that it can be used as a screen for high bone turnover and possibly monitoring response to osteoporosis treatments.19

Current literature suggests OCN can be categorized in the group of compounds called bone-derived hormones, or “osteokines.” OCN is beneficial for bone and aids the deposition of calcium into the bone matrix.20 While a significant amount of this data is still in preclinical stages, there is compelling evidence that OCN, when undercarboxylated (UcOCN, also referred to as uncarboxylated), has an impact on muscle, adipose tissue, the pancreas, and metabolism, with preliminary research indicating that vitamin D is needed for UcOCN.21 Muscle, a highly metabolic tissue, and bone are intimately linked, with both tissues derived from the same progenitor cell type, mesenchymal stromal cells. Throughout life, both respond anabolically to exercise and mechanism stress, and tissue mass coincides.22

Preclinical data have shown that UcOCN promotes brain-derived neurotrophic factor (BDNF) expression when performing strenuous exercise,23 and increased adenosine monophosphate-activated protein kinase (AMPK) activation, favoring fatty acid oxidation in skeletal muscle.24 This suggests that UcOCN may have an effect in the regulation of insulin. There are data that support UcOCN increasing the expression and secretion of insulin and β-cell proliferation and mass from the pancreas.25 This may be due in part to the activity of vitamin K1, as shown in a double-blind, randomized, controlled clinical trial of 82 prediabetic women who consumed 1,000 mcg of phylloquinone for 4 weeks, versus a soy oil placebo as the control. Results showed an increased serum level of OCN, with improvements seen in glycemic status and insulin sensitivity.26 There is more evidence of this metabolic activity of UcOCN in a 2021 study of 2,493 participants with an age range of 58 to 63 years, which showed that UcOCN was higher in people who had fewer signs and symptoms of metabolic syndrome, and serum osteocalcin levels are independently associated with measures of insulin resistance.27

In addition, some have speculated reproductive hormones may have a protective effect on the tissues and organs associated with aging, and that sex hormones later in life may be part of the path to longevity. Centenarians, especially if they have ovaries, have a significant decline of sex hormones after menopause and in advancing years. A surprising association in this study is that the group of centenarians had less abdominal obesity than their younger counterparts, but more progesterone and estradiol. The authors of the study theorize that the sex hormones may reduce the shift from muscles to fat and prevent nutritional accumulation and abdominal obesity, based on past research with testosterone. There may be enough circulating androgens from the ovary28 and adrenal glands for peripheral aromatization to estradiol. There have been associations seen in postmenopausal people revealing that higher plasma OCN correlated positively with dehydroepiandrosterone sulfate (DHEA-S) and androstenedione levels;29 these associations were not statistically significant in the centenarian group. Perhaps the neurosteroid activity of sex hormones should not be ignored, with progesterone involved. While progesterone production in a postmenopausal ovary is unpredictable, the ovary can still produce about 1/3 to ½ the amount of androgens compared to the premenopausal ovary.30 However, progesterone has been shown to be synthesized locally in the brain from cholesterol by neuron and glial cells.31 Progesterone and the metabolite allopregnanolone have been shown to support neuroprotection by increasing neurogenesis, improved cognitive function, and memory and decreasing neuroinflammation and beta-amyloid accumulation.32

Several important interventions have evidence to support them slowing the aging process, especially in animal studies, such as calorie restriction and physical exercise.33 Those who are young to middle-aged can easily implement these interventions to support a normoglycemia metabolism. Looking at the bone tissue as a key endocrine factor in regulating metabolic pathways as we age could be supportive in a society where physical activity is not often obtained to the degree needed for health. These interventions, along with adequate micronutrients including supplementing with vitamins D and K, could support the intricate pathways necessary for physical resilience, adaptability, and greater longevity in the future. 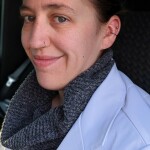 Tessaundra Sidden is a 7th trimester naturopathic medicine student at National University of Health Sciences in Lombard, Illinois. In addition to studying, she is a research fellow in the research department and serves as the vice chair of the Naturopathic Medicine Research Club on campus. Her expected graduation date is April 2024.

The Interrelationship Between a Green Mediterranean Diet, Visceral Body Fat, and Insulin Resistance: The Ghrelin Factor

An Updated Review on Hormone Replacement Therapy for Menopausal Women

Let’s Talk About Sex: Sexuality During and After Cancer Treatment