Disappointing conclusions from a Cochrane Review

To assess the effects of increased intake of fish-based and plant-based omega-3 fatty acids for all-cause mortality, cardiovascular events, adiposity, and lipids.

The authors included only RCTs that lasted at least 12 months and compared supplementation and/or advice to increase omega-3 polyunsaturated fatty acids from fish (long-chain omega-3 [LCn3]) or plants (alpha-linolenic acid [ALA]) intake vs usual or lower intake.

The literature search yielded 79 randomized controlled trials (RCTs) with a total of 112,059 adults with varying cardiovascular risk; most of the participants were from high-income countries.

Trial duration ranged from 12 to 72 months. Most studies assessed LCn3 supplementation with capsules, but some used LCn3-rich or ALA-rich or enriched foods or dietary advice; interventions were compared to either placebo or usual diet.

The authors concluded that increasing fish oil (LCn3) had little or no effect on any of the following outcomes:

There are all sorts of reasons, beyond prevention of cardiovascular events, for patients to take fish oil.

They also concluded that increased intake of plant-based omega-3 fatty acid (ALA) probably has little to no effect on the following:

This study is a Cochrane Review, a name that is probably familiar to most of us. Because the Cochrane Database is a leading database of systematic reviews in health care,1 this study examining omega-3 fatty acids for primary and secondary prevention of cardiovascular disease carries weight in the world of evidence-based medicine.

Fish oil and fish consumption have been suggested as a way to protect against cardiovascular disease ever since the early 1970s, when Bang and Dyerberg reported that Greenland Eskimos had enviable blood lipid profiles and low rates of heart disease.2,3 However, there has been debate recently about whether fish oil helps patients or not.4 The cardiovascular benefits from eating fish are thought to be due to the fat content. Fats in fish are different than the fats found in most animal proteins; commercially raised animals tend to be high in saturated fats and omega-6 fatty acids, while fish oil has a high content of omega-3 fatty acids, specifically eicosapentaenoic acid (EPA) and docosahexaenoic acid (DHA). These fatty acids are thought to lower triglycerides, have a mild anticoagulant effect, and are considered antiinflammatory.5,6

In recent years, the idea that fish oil impacts important cardiovascular outcomes has been challenged. We know fish appears to lower triglycerides. We know that fish oil might thin the blood a little bit and we know that it might lower someone's high-sensitivity C-reactive protein (hsCRP), a hair.7 Yet some large trials have shown that maybe fish doesn't have much of an impact on things that really matter, like rates of heart disease or rates of death from cardiovascular disease. This new systematic review by Abdelhamid et al was a large one; it included 79 studies and over 100,000 participants. The authors looked at the use of fish oil for both primary and secondary prevention of cardiovascular disease, and they looked at a whole slew of what we would consider patient-important outcomes, including all-cause mortality, cardiovascular death, cardiovascular events, strokes, deep vein thromboses (DVTs), and bleeds.

You'll notice that none of the outcomes featured in this review are surrogate markers. They were not looking at cholesterol; they were not looking at triglycerides. They were, however, looking at the important endpoints that matter to our patients. They did a number of subgroup analyses, including duration of therapy dose, primary vs secondary prevention, and intervention type (ie, did they give fish oil as a supplement, as dietary advice, or as a fortified food?).

Let’s consider the obvious questions that might fault the study results. Because this is a Cochrane Review, we assume the study was probably done well; therefore, we assume that the only real limitation is likely going to be the limitation of the data itself.

There was no shortage of data accumulation. The authors searched multiple databases, and they looked at grey literature (government, academic, and industry publications that are not controlled by commercial publishers8). They also included studies that were not published in English. There was no shortage of cardiovascular events in the composite cohort. They ranked the quality of the studies as they analyzed them, and ensured there were no strong methodological flaws that would taint the outcome.

The authors examined trials, all RCTs, that randomized people to higher and lower exposures to omega-3 (LCn3) oils. The exposure to higher levels of LCn3 oils could come from supplementation, fortified foods, or dietary advice. In most of the trials, however, participants were provided supplementation. Trial lengths ranged from 12 to 74 months, but most were less than 24 months long. The dosing range was from 1 to 3.3 grams of EPA/DHA per day. This is a pretty respectable dose even at the lower end of that range, so we’re not too concerned that they were underdosing fish oil in these trials. Analysis of bias risk was performed on each of the trials and 25 of the 79 trails were deemed low-risk. Though not the majority, it is a pretty good number, given that it is fairly common that most trials in a systematic review are not considered to have low risk of bias. Most of the weight of this meta-analysis falls on just 11 larger trials. So most of the statistical power comes from just 11 trials that were really large.

Does fish oil affect bleeding? Bleeding has been thought a potential risk of fish oil but this Cochrane Review found there was no difference in risk of bleeding in either group. This is corroborated by the nonsignificant effect of fish oil on stroke risk in this review as well. Together, these data points imply that fish oil probably isn't a potent enough anticoagulant to render such effects.

So again, just to recap, none of the outcomes for the meta-analysis had statistical significance. The conclusion of this Cochrane Review is that consuming higher levels of omega-3 fatty acids likely has no effect on cardiovascular disease.

There are many of us who will be unhappy with these results. We have been advising patients to take fish oil for so long it will be hard to even consider changing our thinking.

However, results from a new trial (NCT01169259) are scheduled to be published at the end of this year. These results may overturn other ideas we have about fish oil and cardiovascular disease. The new trial is large, with 25,000 participants. It has examined the effect of vitamin D and omega-3s on the primary prevention of cardiovascular disease over a 5-year period. The largest study ever conducted on this topic, it looks at long-term supplementation of fish oil and is robustly designed.9 It will have the statistical power to question this current Cochrane Review.

There are all sorts of reasons, beyond prevention of cardiovascular events, for patients to take fish oil. Fish oil is prescribed for conditions ranging from depression to dementia. This review does not speak to any other potential indication other than its impact on cardiovascular disease. The conclusion of this systematic review doesn't mean that fish oil is not beneficial for any condition; it just means that the best available evidence at this time suggests that fish oil does not have an impact on cardiovascular disease risk.

Oh, what about the Eskimo study that kicked off our near-obsession with fish oil and cardiovascular disease? A paper published in 1992 offered an alternate explanation for why Eskimos have such good lipid profiles: Eskimos have significantly lower lipoprotein (a), and this is apparently due to genetics rather than diet.10

Joshua Z Goldenberg, ND, is a researcher, teacher, registered naturopathic doctor, and founder of Dr. Journal Club, LLC. Goldenberg is an active researcher with numerous publications in journals such as JAMA, Annals of Internal Medicine, and The Cochrane Library. His research focus includes irritable bowel syndrome, probiotics, evidence-informed practice, and research methodology. He is currently Research Investigator at the Bastyr University Research Institute and Visiting Research Scholar at the University of Technology Sydney. 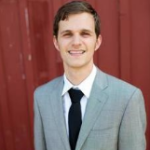 Andrew,Day, ND, is a resident at Bastyr Center for Natural Health, where he supervises student clinicians in the Department of Naturopathic Medicine. He earned his doctorate of naturopathic medicine from Bastyr in 2016. Day is actively involved in irritable bowel syndrome (IBS) clinical research through the Bastyr Research Institute. He,also sees patients one-on-one in private practice.