Half of Preschoolers Do Not Go Outside to Play Daily

ND
On average, one half of the preschoolers in the 8,950 children sampled, representing 4 million children, are not being taken outside to play daily by a parent. Fifty-one percent of children were reported to go outside to play at least once per day with a parent; 58% of children not in childcare went outside daily.

ECLS-B reported on a nationally representative sample of 10,700 US-born children in 2001. These children were followed up at various time points, including age 4 or a year away from kindergarten. The sample used in this study included only preschool aged children. The sample size was 8,950 children after selected parameters were applied (see methods).

Parents were asked the following question: “In the past month, how often did you take [child] outside for a walk or to play in yard, park, or a playground?” They were able to choose from a range of responses, including “once a day or more,” “few times a week,” “few times a month,” “rarely,” or “not at all.” Additional information was considered, including gender, number of playmates, watching television, child care, mother’s ethnicity, employment status, marital status, parental exercise frequency, perceived neighborhood safety, household income, and education. Data analysis was conducted using Stata statistical software version 10.1 (Statacorp), and a multivariable logistic regression model was applied. Significance of odds ratios was tested for using the adjusted Wald’s test.

On average, one half of the preschoolers in the 8,950 children sampled, representing 4 million children, are not being taken outside to play daily by a parent. Fifty-one percent of children were reported to go outside to play at least once per day with a parent; 58% of children not in childcare went outside daily. Odds of going outside were higher for boys, those with 3 or more playmates, those with mothers of white ethnicity, and those whose parents exercise > 4 times per week. Associations were not statistically significant with regard to time spent watching television, household income, mother’s marital status, or parent’s perceptions of neighborhood safety. Mothers took their children outside to play more often than fathers—44% and 24% respectively. Efforts to increase outdoor play should especially target preschool-aged girls who are non-white and those in childcare programs.

In recognition of its extraordinary significance in childhood development, “childhood play” has been designated a “right of every child” by the United Nations High Commission for Human Rights.1 While no particular set of guidelines would do justice to the multitude of variables influencing children’s play, attention is warranted with specific regard to outdoor play; especially since social changes and subsequent attitudes toward outdoor play have shifted in recent decades.2,3
Benefits associated with play outdoors are gaining in attention, especially regarding vitamin D status, improving distance vision, exposure to nature and green environments, and promotion of physical activity.4,5,6 It is particularly interesting that non-white girls were shown to be most at risk for reduced outdoor play-time. It is known that 2/3 of children ages 1–11 years old have insufficient levels of vitamin D3 (if using 75 nmol/L as minimum). Girls, more than boys, and non-Hispanic black as well as Hispanic children are reported to have the lowest vitamin D levels in the US.4 Similarly, ~18% of 4-year-olds are reported to be obese, while obesity in general has tripled in the last 30 years; simultaneously non-parent childcare has risen from 29% (1987) to 45% (2002) in some demographics.7,8 Since this study demonstrates decreased occurrence of outdoor play in childcare settings, there may be some association with decreased physical activity, and this may play a role in obesity.
Children’s outdoor play is different from time spent indoors. Different ways to interact with or manipulate the environment such as climbing, discovering natural elements (eg, rocks, dirt, plants, insects) running, and jumping are examples of things that are less likely to occur indoors. For the young child, playing outdoors provides new possibilities to understand their world and their place in it, even in a controlled environment. The American Academy of Pediatric Practitioners recommends that, “although parents can certainly monitor play for safety, a large portion of play should be child-driven rather than adult-directed.”9
While most people may recognize the benefits of motor development and physical activity associated with play, outdoor play also appears to be especially important for sensory integration and cognition. Vigorous outdoor play, specifically, has been shown to maintain optimal levels of arousal to the central nervous system, stimulating growth and development of brain nervous tissue, increased recall of information, ability to problem solve, and clearer thought processes. Play in outdoor settings that are both green and open (eg, open green soccer fields) is associated with less severe symptoms of hyperactivity (ADD/ADHD), stress, and anxiety in children. It is also positively associated with an increased ability to respond to stressful life events and improved immune function. Furthermore when children play in natural settings, they are more likely to have positive feelings about each other and their surroundings; and it is often a cost-effective activity for families.10,11
What are we practitioners to do about this? While this study suggests that time spent watching television, household income, mother’s marital status, and parent’s perceptions of neighborhood safety were not statistically significant factors, other studies from various countries and communities have listed all of these and more as obstacles to facilitating outdoor play.12 In any case, it is clear that together, parents, community members, government, school systems, childcare systems, and healthcare providers must all do their part to advocate for, educate on, and implement new strategies to increase outdoor play. This may begin with parental education that simply places value on preschool-aged outdoor play. We may pay particular attention to certain populations of children such as non-white females or children spending significant time each week in non-parent childcare. As physicians, it is our duty to advocate for our little patients, to counsel their parents, and to encourage their communities to promote outdoor play as an essential part of optimal child wellness and development.

ND
Matthew Baral, ND, received his naturopathic medical degree from Bastyr University in 2000. He is chair of the Department of Pediatric Medicine at the Southwest College of Naturopathic Medicine and Health Sciences (SCNM), Tempe, Arizona, where he teaches pediatrics in the classroom and supervises student clinicians on clinical rotations. Baral designed the first naturopathic pediatric residency program in naturopathic medicine and serves as its director at SCNM. He is also the founding and current president of the Pediatric Association of Naturopathic Physicians. 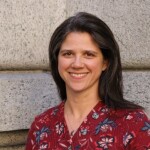 Tina Kaczor, ND, FABNO, is editor in-chief of Natural Medicine Journal and the creator of Round Table Cancer Care. Kaczor is a naturopathic physician board certified in naturopathic oncology. She received her naturopathic doctorate from the National University of Natural Medicine and completed her residency at Cancer Treatment Centers of America. She is also the editor of the Textbook of Naturopathic Oncology and,cofounder of The Cancer Pod, a podcast for cancer patients, survivors, caregivers, and everyone in between.