The PM2.5 concentrations (µm/m3) were measured during 2 consecutive 7-day periods, 1 with filtration and the other with “placebo filtration." Endothelial function and biomarkers of systemic inflammation [C-reactive protein (CRP), interleukin 6 (IL-6), and band cells] were measured at the end of each 7-day period. Endothelial function was assessed through peripheral arterial tonometry (PAT), a test that uses finger pneumatic sensors to detect changes in pulse wave amplitude during a period of induced reactive hyperemia.

HEPA filtration was associated with an overall 40% decrease in indoor PM2.5 concentrations. Indoor PM2.5 dropped 36% in homes affected by traffic-related pollution and 48% in homes with PM2.5 from wood smoke.
There was no significant relationship between PM2.5 exposure and endothelial function. Among male participants in areas with high traffic-related air pollution, there was a 20.6% increase in CRP levels per unit median increase in PM2.5 [95% confidence interval (CI):2.62%-41.7%] while in women there was no evidence of an association.

There was evidence of an association between indoor PM2.5 and CRP among those in traffic-impacted locations—a 42.1% increase in CRP per interquartile range (IQR) increase in indoor PM2.5 (95% CI: 1.2%-99.5%)—but not among those in wood smoke-impacted locations. (The interquartile range (IQR) is a measure of variability, based on dividing a data set into quartiles. Quartiles divide a rank-ordered data set into 4 equal parts.) There were no associations between PM2.5 and IL-6 or band cells in either population.
Evidence of an association between CRP and indoor PM2.5 among healthy adults in traffic-impacted areas is consistent with the hypothesis that traffic-related particles, even at relatively low concentrations, play an important role in the cardiovascular effects of the urban PM mixture.

Exposure to fine particulate air pollution, in particular PM2.5, is associated with increases in markers of inflammation, including C-reactive protein, interleukin-12, and myeloperoxidase in patients with cardiovascular disease. The primary sources of these particulates appear to be long-range transport, traffic, and biomass combustion.1
HEPA air filters reduce exposure to fine particulates and are associated with a reduction in systemic inflammation from traffic-related air pollution. Fine particulate air pollution is considered a significant contributor to cardiovascular disease, with smaller particles having a greater effect than larger particles. Emergency room hospitalizations have been correlated with fluctuating outdoor levels of PM2.5.2
Three related papers, published in 2015, explored the relationships between air filtration, PM2.5, and health. A study of Chinese college dormitory students found that air purification resulted in a 57% reduction in PM2.5 concentration, from 96.2 μg/m3 to 41.3 μg/m3, within hours of operation, and the reduction was significantly associated with decreases in several circulating inflammatory and thrombogenic biomarkers.3 A study in Los Angeles demonstrated that the use of an air cleaning system inside school buses (high-efficiency cabin air filtration) effectively reduced children’s exposure to particulate pollutants. In this study biomarkers were not tested, but in-cabin ultrafine particles and black carbon levels were reduced by 88% and 84% respectively.4 A study of the effect of home air filtration on 48 older adults suggested that outdoor particle concentrations have adverse effects on microvascular function (MVF), and outdoor and indoor PM2.5 and bio-aerosols are associated with changes in markers of inflammation and lung cell integrity.5
A fourth study, published in 2014, analyzed the effect of indoor home air filtration in 31 homes in Smithers, BC, during the winter of 2009-2010. In this study air filtration reduced PM2.5 by 52%.6
When we consider the health burdens caused by environmental factors, we often focus on diet or suggest supplements to reduce inflammatory reactions. We rarely think of using air filtration to reduce these reactions, and we may be even less likely to think of air filtration as a way to reduce acute cardiovascular risk. Evidence is accumulating that our patients who have ongoing daily or acute exposure to particulate matter pollutants—for example, those who live in homes with wood smoke or in-high traffic areas—may benefit from an air filtration system. Using an air filtration system to reduce exposure to PM2.5 is a relatively simple intervention that may make a significant difference in overall health outcomes. 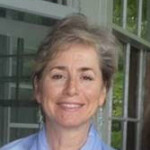 Julianne Forbes, ND is a naturopathic doctor located in western Maine. She is a graduate of National University of Natural Medicine in Portland, Oregon. Her general family medicine practice focus of 20 years is on allergies and gastrointestinal-based chronic illnesses impacting energy, cognition, cardiovascular, and metabolic health using functional diagnostics, herbal, nutritional, and classical homeopathic medicine. Her website is www.mainenaturopath.net.

Air Pollution: Fine Particulates Are Worse Than We Thought