MD
Which probiotic strains work best for different subtypes of IBS and at what dose? A recent meta-analysis offers some answers.

This article is part of our May 2020 special issue. Download the full issue here.

The authors searched various databases including PubMed, Medline, Embase, Web of Science, and Cochrane Central Register of Controlled Trials between January 2006 and April 2019. They analyzed a total of 14 placebo-controlled randomized trials that featured 1,695 patients. In this analysis, the 2 primary multistrain protocols featured in the studies showing efficacy were:

The researchers found that protocols with a daily dose of 1010 colony-forming units (CFU) that combined Lactobacillus and Bifidobacterium strains were more effective than single strains or overdosing protocols. The DUO protocol demonstrated the most efficacy with diarrhea-type IBS, while Pro was more effective for undifferentiated-type IBS.

Rome Criteria are used to diagnose and classify functional gastrointestinal disorders such as IBS. Rome IV is the most recent version of these criteria and changed the term from functional gastrointestinal disorders to disorders of gut-brain interaction (DGBI); of these, IBS is the most common worldwide.1 While IBS prevalence has grown considerably, it may be even more common than previously thought due to self-diagnosis and self-management. Interestingly, a 2019 online survey that compared Rome IV–based IBS to self-diagnosed IBS found that nearly 69% of the survey respondents met the Rome IV criteria, but only 21% of the respondents were consulting a physician for their symptoms.2

In this meta-analysis, dosages of more than 1010 CFU were not more effective at treating IBS symptoms. Some research indicates high-dose probiotics can actually promote bacterial proliferation that exacerbates GI symptoms.

Based on data from the International Classification of Diseases, Tenth Revision (ICD-10), IBS is classified as a functional disorder of the large intestine that causes abdominal pain, cramping, bloating, and changes in bowel habits that can include diarrhea, constipation, or alternating diarrhea and constipation.3 In addition, based on Rome IV classification, IBS can present with distinct bowel patterns:4

The fact that this meta-analysis identified which probiotic strain combinations were effective at relieving symptoms of the different IBS classifications is clinically helpful. This analysis also confirms that multistrain probiotic formulations are more effective than a single strain, which is something that many clinicians have seen in their practice.

The issue of high doses is also important and relates to the intended clinical use of the probiotic formulation. In this meta-analysis, dosages of more than 1010 CFU were not more effective at treating IBS symptoms. Some research indicates high-dose probiotics can actually promote bacterial proliferation that exacerbates GI symptoms. This was the case in a 2018 study featuring patients with small intestinal bacterial overgrowth (SIBO) who found an increase in symptoms including brain fog, gas, and bloating.5

Results of this meta-analysis are consistent with another analysis published by Dale et al in 2019 in the journal Nutrients.6 In that analysis, 11 randomized placebo-controlled trials of probiotics were evaluated, with 7 of the studies finding significant improvement in IBS symptoms. That analysis also showed that multistrain supplements were more effective than single strain. All of the studies that showed benefit with the multistrain probiotics used 1 or both of Lactobacillus spp and Bifidobacterium spp. Dosage wasn’t addressed in that meta-analysis.

In addition to the meta-analysis by Liang et al reviewed here, other studies have found multistrain probiotics to be safe with no serious adverse events and only a limited number of mild to moderate side effects.7

Given that gut dysbiosis and intestinal permeability contribute to IBS symptoms,8 it makes sense that probiotics would be clinically effective for this common condition.9 This latest meta-analysis sheds some light on which strains may be effective for which subtype and at what dose. In addition, this analysis and other studies illustrate the favorable safety profile of probiotic interventions for this condition.

There’s a great deal of interindividual variation in response to various probiotic formulas. This may reflect the antecedent status of a subject’s microbiome, dietary factors that support or interfere with the therapeutic response to administration of exogenous organisms, and concurrent use of medications that modify the intestinal flora, as well as unique genetic factors that may determine a person’s receptivity to the introduction of novel biota. When it comes to probiotics for IBS, it may truly be “different strokes for different folks.”

With this information, clinicians can confidently choose from the many multistrain probiotics available on the market for their patients struggling with IBS.

Ronald Hoffman, MD, is a physician in private practice of integrative medicine in New York City. He is a graduate of Columbia College and Albert Einstein College of Medicine. Since 1984, he has served as Medical Director of the Hoffman Center in Manhattan. Hoffman is past president of the American College for the Advancement of Medicine.

Hoffman is the host of Intelligent Medicine, a nationally syndicated radio program, and he produces the daily Intelligent Medicine podcast. He is a Certified Nutrition Specialist, and the author of several books, including How to Talk with Your Doctor (About Complementary and Alternative Medicine). 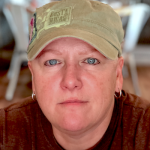 A Deeper Exploration of Probiotics and the Gut Microbiome with Donald Brown, ND

Takeaways from the 2017 Integrative SIBO Conference