ND, LAc
A recent study found that eating more than 2 servings a week of mushrooms may reduce risk of mild cognitive impairment compared to fewer servings.

The study involved 663 participants (all aged 60 years or more) from the Diet and Healthy Aging (DaHA) Study in Singapore, which collected a wide range of data within a cross-sectional study design at its baseline from 2011 to 2017. The participants had not been diagnosed with dementia or psychiatric disorders.

Researchers used in-person questionnaires to assess mushroom consumption. In the interview, they asked the question, “How often do you eat the following?” A portion equaled ¼ plate, ¾ cup, or roughly 150 grams. There were 4 different mushrooms in 6 different forms.

To assess cognition status, researchers performed the Singapore Modified Mini-Mental State Examination (SM-MMSE) as well as a local version of the Clinical Dementia Rating (CDR) scale. They did further assessment with cognitive domains through a clinical assessment that included 2 consultant psychiatrists.

Participants who consumed more than 2 portions of mushrooms per week had lower odds of having MCI (OR= 0.43; 95% CI, 0.24-0.75, P=.003) when compared to those who consumed less than 1 serving per week and those who had 1-2 servings week; this continued to remain statistically significant after adjusting for demographics (age, gender, education), lifestyle (physical activities, social activities, cigarette smoking, alcohol consumption), and other medical conditions (hypertension, diabetes, heart diseases, and stroke).

Mushrooms have been used for food and medicine for centuries with positive effects on human health that are well documented in studies. Many constituents of mushrooms have been shown to promote brain health against neurodegenerative diseases in cell and rodent studies. For example, a medicinal mushroom from Taiwan, Antrodia camphorata, was shown to prevent beta-amyloid 1-42 (Aß1-42) from depositing Aß peptides into the hippocampus, a known corollary to impaired memory in Alzheimer’s disease patients.1

Shiitakes (Lentinula edodes) show characteristics that improve gut health with beta-glucans, naturally occurring polysaccharides. These beta-glucans can serve as the major source of energy (carbon) for microbiota (such as Bifidobacterium spp. and Lactobacillus spp.) by stimulating their growth as they produce short chain fatty acids (SCFAs). The SCFAs’ role in the gut is to maintain osmotic pressure in the intestine, allowing for the normal function of the distal gut along with the colonic epithelium.2 Reports have shown beta-glucans from fungi can alter the gut microbiome, potentially reversing the gut microbiota composition, such as the reduced ratio of Firmicutes/Bacteroidetes.3,4 That shift may help older people with cognitive function, according to a 2017 study where it was found that a higher proportion of Bacteroidetes was not beneficial, and possibly deleterious.5

The well-known Boletus edulis, commonly called porcini in the US, is reported to have the highest amount of ergothioneine.

But the investigators of this study in Singapore propose that a compound found in most mushrooms, ergothioneine, is responsible for an associated reduction in MCI. Ergothioneine is named for the ergot fungus (Claviceps purpurea) from which it was first isolated in 1909. It’s a sulfur-containing amino acid produced in non-yeast fungi (Basidiomycetes, primarily) and some bacteria (Actinomycetales and cyanobacteria including spirulina, Arthrospira maxima6), but not plants nor mammals.7 Plants take up ergothioneine from symbiotic associations with fungal mycelia and soil bacteria.8 Humans and other mammals acquire it from those plants.7 Once consumed, it has a transporter protein, OCTN1,9 and is found in many human cells.

In vitro studies have proposed that ergothioneine is a potent antioxidant, similar to glutathione, and may have a role protecting mitochondria.10 Unlike glutathione, ergothioneine does not oxidize as easily, so it is considered more stable.11 Several studies report a protective effect on neurological tissues, and ergothioneine appears able to cross the blood-brain barrier.7 One study has shown in humans that ergothioneine is at its highest concentration in early life and in teenagers12 but declines with age. It is not known why older individuals have decreased levels; it could be changes in food intake in older individuals, or alterations in the expression of the transporter protein gene.13 Ergothioneine has also been shown to be lower in people with MCI.14 In a transgenic nematode Caenorhabditis elegans model of amyloid-induced toxicity, ergothioneine added to growth medium increased the lifespan and resulted in less oxidative stress compared to those without ergothioneine (P<.0001).15 In his article “Prolonging healthy aging: Longevity vitamins and proteins,”16 Bruce Ames includes ergothioneine in a list of putative longevity vitamins, substances not required for survival but which instead reduce the accumulation of long-term oxidative damage.

Researchers in Singapore are conducting a phase 3 clinical trial, where participants will take placebo or 25 mg ergothioneine 3 times weekly for a total of 52 weeks. The trial will be finished in 2021,17 and should provide more detail on the efficacy of this compound. But until then, there are a variety of mushrooms to add to diet recommendations. The well-known Boletus edulis, commonly called porcini in the US, is reported to have the highest amount of ergothioneine.18 Non-fungi foods with some ergothioneine (but still lower than the fungi) include pork liver; kidney, black, and red beans; and oat bran.

Here is a list of edible and common medicinal mushrooms in order of ergothioneine content from highest to lowest, approximated according to what some studies have reported.19,20 Using these mushrooms as food offers many benefits and should be encouraged. However, the production of ergothioneine in the nutraceutical industry is probably not far, using synthesis in Saccharomyces cerevisiae yeast.9

Note: Ergothioneine has been abbreviated as “ESH,” “ERG,” “LE,” and “Ergo” in various articles.

*Studies have reported mixed levels of shiitake; for example, in a 2007 report, the levels were very low to nonexistent. 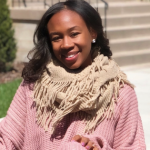 Dominique Cureton is a second-year student in naturopathic medicine at the National University of Health Sciences and a board member of the ND Research Club.