ND
A recent cross-sectional, double-blind study investigated the impact of physical fitness on the risk of developing colorectal cancer.

The authors assessed the impact of physical fitness, as measured through exercise stress tests, on the risk of colorectal cancer (CRC) development in individuals with familial adenomatous polyposis (FAP).

This is a cross-sectional, double-blind study involving patients who previously participated in 2 CRC prevention studies (J-FAPP study and J-FAPP study II), both of which were double-blind, randomized multicenter trials.

A total of 119 individuals (54 males and 65 females), aged 17 to 73 years, participated in the study. Forty-three of the participants had a history of CRC, and the other 76 did not.

Either clinical symptoms or a parent having had FAP prompted the diagnosis of FAP. In the study, 116 of the 119 participants underwent genetic testing, and 98 of these individuals tested positive for a pathological mutation in their germline APC gene. No significant differences relating to the history of CRC could be identified between the groups.

Physical exercise to mitigate the risk of sporadic and genetically induced CRC is a powerful treatment beyond its efficacy.

All participants underwent an exercise stress test twice between September 2000 and August 2007, first at the time of recruitment, followed by another test 2 years later. Participants performed the exercise stress test, in the form of a postprandial step test, at least 2 hours after the last meal and after resting blood lactic acid (LA) levels were confirmed to be <1.5-mmol/L. Heart rate (HR) was measured immediately after the step test and calculated the predicted maximal oxygen uptake (VO2max) based on the increase in HR as the exercise stress intensity also increased. Intensity levels were adjusted according to age, with participants aged 50 years and older undergoing the test at slightly fewer steps per minute.

The authors investigated 2 primary outcomes: the development of CRC and the maximum polyp diameter, as measured during colonoscopies performed up to 3 years before to 2 years following the step test. The authors compared both of these outcomes to participants’ VO2max during the exercise stress test, the surrogate marker for physical fitness.

Even after adjustments for age, sex, surgical history, alcohol intake, and smoking status, the risk of CRC was significantly higher in the individuals with low VO2max compared to those with high VO2max (OR: 3.32; 95% CI: 1.00-11.02). In other words, the risk of developing CRC decreased as physical fitness increased.

Among the 40 participants without a previous history of colectomy, the maximum polyp diameter was similarly significantly negatively correlated with the VO2max (r=–0.44, P<0.01).

The researchers accurately established that although a growing body of epidemiological evidence demonstrates the positive impact of physical exercise on the prevention of sporadic CRC,1–3 few studies exist on the effects of exercise on individuals with FAP. This represents a much-needed area of study as nearly 100% of individuals with FAP, if left untreated, eventually go on to develop CRC.4 Given this dramatically increased risk of malignancy and the consequent drastic guideline of prophylactic colectomy as a common practice, chemopreventive treatments constitute a crucial area of care for this population. To date, agents that have proven efficacy in reducing polyp burden and progression of intestinal adenomas in patients with FAP include nonsteroidal anti-inflammatory drugs (NSAIDs, eg, aspirin5 and celecoxib6–8), erlotinib,9,10 and curcumin in combination with quercetin.11 The publication under review provides compelling evidence for the addition of exercise to this list. This simple lifestyle recommendation may allow more patients living with FAP to avoid major surgical interventions while also decreasing their risk of CRC development.

Although the mechanism of action for exercise in CRC prevention remains unclear, possibly due to the multitude of biological pathways affected by physical activity, a number of potential mechanisms have been proposed. Exercise may decrease colonic inflammation, a critical driver of tumor progression; higher levels of physical activity at baseline is associated with lower concentrations of prostaglandin E2 (PGE2) in the rectal mucosa, as identified via biopsy up to 26 months later.12 Another way by which exercise may influence CRC risk arises from its role in insulin regulation. It is now well-established that exercise increases insulin sensitivity and decreases overt insulin production,13 a risk factor in CRC. High levels of insulin, which are related to a sedentary lifestyle, a high body mass, and an increase in abdominal adiposity, are a mitogen for both normal and neoplastic colonic epithelial cells.14–15

The implications of regular exercise and adequate physical conditioning, as the results of this study illustrate, may extend to other forms of CRC in which genetic mutations play a role. This latter effect of exercise on insulin metabolism may provide a clue as to the potential impact of exercise on hereditary nonpolyposis colorectal cancer (HNPCC). Zecevic et al (2006) established a potential link between a mutation in the insulin-like growth factor (IGF) and an increased risk of CRC in patients with HNPCC. They demonstrated that variants of the IGF-1 genotype, with shorter cytosine-adenine (CA) repeat promoter lengths, were strongly associated with the development of malignancy in HNPCC. In fact, the time to onset for CRC decreased for each decrease in CA-repeat number (HR=1.17; 95% CI: 1.05-1.31; P=0.006), and patients with a CA<17 repeat allele had a statistically significant higher CRC risk (HR=2.36; 95% CI: 1.28-4.36; P=0.006).16 This increase in risk is attributable to the finding that IGF-1 genotypes with shorter CA-repeat lengths result in higher levels of IGF-1 expression.17 The relationship between insulin and IGF-1 is complex, but one of the main interactions between these related hormones is insulin’s stimulatory effect on IGF-1 synthesis.18 Therefore, exercise as a modulator of insulin levels may hold promise as a treatment for addressing the increased IGF-1 production in HNPCC. This theory shows promise as recent research performed by Kim et al (2005) discovered that long-duration moderate exercise decreases circulating levels of both insulin and IGF-1.19 Of course, further research is necessary to assess the application of exercise in HNPCC.

Physical exercise to mitigate the risk of sporadic and genetically induced CRC is a powerful treatment beyond its efficacy, as elucidated repeatedly—it is free and easily accessible for all patients. In the realm of medicine, especially in the field of oncology, the seductiveness of innovation and technology can oftentimes lead both practitioners and patients alike to overlook simple but potent strategies. Nakamura et al remind us of the critical importance of primary prevention and illustrate how nature, here a genetic predisposition to CRC, can be influenced by appropriate nurture.

Emma Lee, ND, is a graduate of the Boucher Institute of Naturopathic Medicine. Over the course of her education, she developed a deep passion for holistic cancer care with a focus on innovative, evidence-based supportive treatments. She is currently pursuing her 2-year naturopathic oncology residency at the Integrated Health Clinic in Fort Langley, British Columbia. 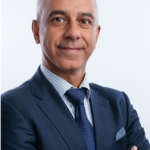 Gurdev Parmar, ND, is a leader in the field of integrative cancer care, having seen thousands of patients with cancer since he began practicing 20 years ago. He and his wife, Karen Parmar, ND, founded the Integrated Health Clinic (IHC) in 2000 and have grown it into the largest naturopathic healthcare facility in Canada. Parmar is the first Canadian naturopathic physician to earn the FABNO designation. He remains an active writer and lecturer on clinical hyperthermia and naturopathic cancer treatments and has recently completed the Textbook of Naturopathic Oncology. Parmar is now the supervisor of the naturopathic oncology residency program at the IHC.