Can they help reduce hospitalization?

To determine if adjunctive probiotic administration reduces rehospitalization of patients with bipolar disorder 1 after a hospital stay for mania.

Sixty-six patients, aged 18 to 65, who had been admitted for mania to psychiatric inpatient or day program hospitals in Baltimore were enrolled upon discharge. Fifty-two participants completed the trial (26 in each group). All participants had been admitted with a diagnosis of bipolar 1 (single manic episode, most recent episode manic, or most recent episode mixed) or schizoaffective disorder, bipolar type (manic or mixed state; DSM-IV-TR) confirmed with the Structured Clinical Interview for Diagnosis for DSM-IV Axis I Disorders (SCID). Participants continued with regularly prescribed medications and other psychiatric treatments as usual.

The primary outcomes measured were the effects of probiotics on:

The following finding trended toward significance (P=0.0596): the higher the inflammation at baseline for all patients, the higher the risk for rehospitalization.

Interestingly, the study does not quantify the change of inflammation score in the group as a whole, or compare the 2 groups. However, the authors did note that the participants who had higher inflammation scores (determined as being over the 50th percentile of a separate control group without psychiatric symptoms from another study1) were associated with the largest decrease in rehospitalization risk. The authors comment that “for individuals [who experience mania] with relatively high rates of systemic inflammation, adjunctive probiotic treatment was associated with an approximately 90% reduction in risk of rehospitalization.”

This study is particularly interesting because it is investigating 2 questions at once: 1) are probiotics helpful in reducing rehospitalization for mania? and 2) if so, does the mechanism have anything to do with inflammation?

The answer to the first question was yes—in this study, adjunctive probiotic treatment for 24 weeks after hospitalization for mania did reduce the risk and length of stay of rehospitalization for mania. It’s a seemingly uncomplicated result, one that could potentially change the standard of care for bipolar disorder, schizoaffective disorder, and other conditions. Even if hospital protocol doesn’t change, outpatient practitioners can use this study’s findings to start long-term probiotic treatment for patients with a history of mania.

Patients in the probiotic group were in the hospital less, but were they any better symptomatically?

The answer to the second question—is the benefit gained by reducing inflammation?—is less clear. No data was published on final inflammation scores, or their changes, nor was there any discussion of significance between the 2 groups. Only 1 comment mentioned that individuals with higher levels of inflammation had decreased hazard ratios associated with rehospitalization—meaning, perhaps, that the protective effect of probiotics was stronger in patients with more inflammation. While encouraging and in line with studies cited in the paper’s introduction, it would be helpful to flesh out this hypothesis a bit more. Clinicians don’t typically score inflammation using specialized tests, such as the IgG and IgM markers for various pathogens used in this study. They rely more on C-reactive protein (CRP) and erythrocyte sedimentation rate (ESR), in combination with physical symptoms, to assess or approximate systemic levels of inflammation.

Finally, little attention is given to the fact that psychiatric scale outcomes do not differ at any point between the probiotic and placebo group. Patients in the probiotic group were in the hospital less, but were they any better symptomatically? We hypothesize that hospitalization was the primary outcome measure of the study because it speaks the language of the medical establishment: money. Psychiatric hospitalization is grossly expensive, and often costs are even higher than what is reported by hospitals, with 5.5 days of hospitalization for bipolar disorder treatment in the United States costing $4,356 ($7,593 for 9.4 days).2 This averages out to approximately $800 per day. If the treatment of 66 people in this study saved 182 days of hospitalization (275 minus 93 days), that saves almost $145,600. That’s approximately $4,400 per patient in the 33-person probiotic group.

For those of us who see patients on an outpatient basis, the monetary numbers don’t matter quite as much as knowing that something as simple as probiotics might save patients the major life disruption caused by hospital stays. Practitioners both in and out of hospitals should consider a probiotic treatment, based on its low risk profile and large potential for benefit. Continued large-scale studies will be helpful in assessing symptomatic benefit.

Lachlan Crawford, ND, has a mental health practice in Toronto, Ontario. She graduated from the Canadian College of Naturopathic Medicine after completing a bachelor’s degree in Ecological Determinants of Health from McGill University. 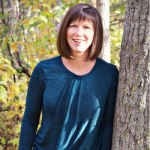 Christina Bjorndal, ND, is a naturopathic doctor with a focus on mental health. She is author of 3 books, including her most recent publication, Beyond the Label: 10 Steps to Improving Your Mental Health with Naturopathic Medicine.