ND, FABNO
Raisins are fruit, but they’re also about 79% carbohydrate by weight. Yet, according to this study, participants who consumed raisins had a significant 23% reduction in postprandial glucose levels as compared to those who consumed a 100-calorie “snack pack.”

This 12-week randomized efficacy study evaluated the impact of routine consumption of dark raisins vs alternative processed snacks on glucose levels and other cardiovascular risk factors among patients with type 2 diabetes mellitus (DM-2).

It has become common practice among food manufacturers to package what we might describe as junk food in 100-calorie, single-portion packages. These packs are marketed as a way to help dieters control their caloric intake while still satisfying the urge for their favorite snack foods. Food manufacturers love this concept—and apparently, the public does as well. In 2007, The New York Times reported that in just the 3 preceding years, the “snack pack” portion of the food market had grown by 200 million dollars per year in sales. The author of the article noted:
As a business concept, the idea is simple. Take an existing product, portion smaller amounts of it into single-serving bags, and sell several of the bags for about the same or more as a regular-size package. Consumers do not seem to mind paying more even though they are getting fewer Goldfish.1
The Times article quoted 1 food industry expert as saying, “The irony is if you take Wheat Thins or Goldfish, buy a large-size box, count out the items and put them in a Ziploc bag, you’d have essentially the same product” but at a 20% lower cost.1 Food company executives readily admit the smaller packages do cost more but that they make consumers “exercise a little hand-to-mouth restraint.”

The greatest implication of this study is perhaps this reminder that the American public will succumb to anything that promises weight loss, even if it costs a great deal more than simple self-moderation.

The fact that 40% of consumers will pay 20% to 30% more for convenience says something about the American consumer that may be more important to us as practitioners than these data on raisins. The greatest implication of this study is perhaps this reminder that the American public will succumb to anything that promises weight loss, even if it costs a great deal more than simple self-moderation.
The current study by Bays et al found that eating raisins is better for our health than eating these snack packs. Is that a surprise? If we look closely, it is. Raisins are pretty much straight sugar: 32.5 g raisins contain 25.7 g carbohydrates and 5 g water. Of those carbohydrates, 19.6 g are sugars, 9 g glucose, and 9.7 g fructose. Raisins are thus about 79% carbohydrate by weight with a glycemic index of about 66.2
The website CalorieCount.com provides links to nutritional information of 100 different snack packs, and the list isn’t getting smaller with time. These snack packs, while all adding up to about 100 calories, vary in carbohydrate, protein, and fat content. It’s interesting that the nutritionists at Calorie Count give Blue Diamond plain almonds a grade of B‒, seemingly for exceeding the calorie count: a 1-oz serving contains 160 calories primarily from fat. On the other hand, they award Hostess Miniature Cinnamon Coffee Cakes a solid B, perhaps because 3 of these tiny items account for only 100 calories. Of the 100 calories in these coffee cakes, though, 5% come from fat, 84% from carbohydrates (24% from sugar), and 8% from protein. These snacks in general set the bar low for intelligent nutritional choices, but they are technically not that all different than a similar serving of raisins. Keep in mind that the Prevención con Dieta Mediterránea trial did report that a daily serving of nuts, akin to the almond snack pack, is associated with a 30% drop in cardiovascular events in a high-risk population3,4; the scoring system on this calorie count website does not appear to be based on concerns about health but simply calories.
Still, raisins appear to be a healthier snack than the commonly chosen alternatives. 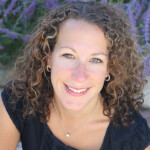 Eliza Klearman, ND, LAc, received her doctorate of naturopathic medicine and master of science degree in Oriental medicine from the National College of Natural Medicine, Portland, Oregon. She now has a private practice in Eagle, Colorado, and works for the Fit for Survival program through the Shaw Cancer Center in Edwards, Colorado.

Some Carbohydrates Are Good for the Heart

Bread and the Microbiome: A Personal Matter