The Role for Naturopathic Medicine in Hospital-Based Care

A survey of patient satisfaction with a holistic approach

This prospective study surveyed patients who received complementary naturopathic treatment in a licensed acute care hospital. The survey included questions about patients’ experience and views on the treatment they received. The study was conducted over a period of 2 years and all patients entering the acute care facility were invited to participate.

A total of 1,711 (376 men and 1,335 women) patients in an acute care hospital for general medicine in Germany were surveyed; average patient age was 63.3 and average hospital stay was 11.9 days.

Patient care was overseen by integrated health teams that were composed based on the specific needs of the patient. These teams included specialists in general medicine, specialists in naturopathy, anesthesiologists, orthopedic surgeons and neurologists, as well as allied healthcare providers (ie, dieticians, massage therapists, balneotherapists, physiotherapists, ergotherapists, and psychotherapists). The healthcare teams established treatment aims based on the diagnosis or diagnoses associated with each patient.

The high levels of patient satisfaction and strong patient-reported adherence to treatment in holistic acute care settings such as the one reviewed here should pique the interest of hospital administrators.

Naturopathic care included methods with scientific evidence of efficacy first. If no study evidence was available, use of methods that have history of long-term empirical evidence were deemed acceptable.

Hospital patients were assessed before medical intake using extensive validated questionnaires, so that all members of the care team had in-depth information about the patients’ health status. Questionnaires included the Hannover Functional Status Questionnaire, the Visual Analogue Scale, the Mainz Pain Staging System, and the Nottingham Health Profile. Diagnoses (primary and secondary) were made or confirmed after the intake.

At the end of their hospital stay, in writing, and anonymously, patients completed surveys that asked about their satisfaction with the integration of care that included naturopathy, including their perceptions of adherence to treatment and their satisfaction with the amount of time care staff spent with them during their inpatient stay. Confounding factors were reduced by using the same conditions for distribution and response to the surveys.

Holistic care measures that included naturopathy were rated as “very good” by 62% of respondents and “good” by 28%; 42.5% of participants responded to the question. Perception of the effect of care on adherence to treatment was similarly positive, with 69% reporting adherence as “very good “and 24% as “good”; response rate was 43.5%. Rating of amount of time care staff spent communicating with patients was “very good” for 61% of participants, “good” for 28%, and “satisfactory” for 5%. Response rate for this question was 42.5%.

The results of patient surveys in this study revealed a high degree of satisfaction with the combination of naturopathy and academic medicine (defined in the paper as “evidence-based academic medicine, which is guaranteed by medical specialists”) within an inpatient acute care facility in Germany. Studies of this sort provide evidence that supports greater integration of naturopathic care into the medical care systems of countries around the world.

According to a report from the National Center for Health Statistics, use of complementary and alternative medicine (CAM) therapies in the United States increased between 2002 and 2007; in 2007, 38% of adults used some form of CAM.1 The report also notes that therapies used by members of the public showed little correlation with the number of published studies on particular CAM therapies or with the most practitioner-recommended therapies. The integration of naturopathic care into hospital inpatient care would provide greater and possibly more cost effective access to naturopathic care, which would provide an opportunity for safer and more effective use of CAM treatment.

The high levels of patient satisfaction and strong patient-reported adherence to treatment in holistic acute care settings such as the one reviewed here should pique the interest of hospital administrators. The Canadian College of Naturopathic Medicine operates an ambulatory care teaching clinic within Brampton Civic Hospital, and they experience greater than 90% patient satisfaction from patients in the clinic. Further, there is increasing evidence for both the efficacy of naturopathic treatments2-5 and the economic benefits of naturopathic care to the patient and the healthcare provider.6,7 This evidence is now being disseminated in forums that encourage group insurance providers and health maintenance organizations (HMOs) to better integrate naturopathic treatment into the care provided for reasons of client/patient satisfaction, adherence to treatment, and economics.8

Bob Bernhardt, LLM, PhD, has been president of the Canadian College of Naturopathic Medicine (CCNM) since 2004. He has broad experience encompassing post-secondary education, international education, administrative law, and medical education. Bernhardt's academic background spans science, information systems, education, administrative law, and leadership in higher education. He has led the creation of new post-secondary education departments overseas, consulted on teacher education programs in the Middle East, and is a past president of the Association of Accredited Naturopathic Medical Colleges. Bernhardt believes that future health care must focus on genuine partnerships engaging the patient and their range of healthcare providers, and he sees this as a key to reversing the trend of ever-rising costs. 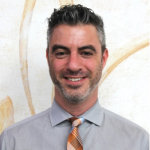 Mitchell Zeifman, ND, is the associate dean of clinical education at the Canadian College of Naturopathic Medicine (CCNM). He has been a practicing naturopathic doctor since graduating from CCNM in 2003. His motivation is to develop a clinical educational experience that will mark an exemplary standard in naturopathic education. He is committed to providing training for success of the individual and promoting a strong future for naturopathic medicine. Zeifman is an active member of the Council of Chief Academic and Clinical Officers, a subcommittee of the Association of Accredited Naturopathic Medical Colleges. He sits on the board of the Canadian Association of Naturopathic Doctors and is a member of the Academic Collaborative for Integrative Health.

Low-Carbohydrate Diet as Treatment for Type I Diabetes in Children