To determine if suicide, a leading cause of death globally, is systematically affected by climatic conditions

Documented populations of the United States and Mexico

The correlation between depressive tweets and ambient temperature increase was significant.

These statistical observational studies show a significant correlation between rising ambient temperatures and suicide rates in the United States and Mexico. The plotting of “depressive language” in social media against ambient temperature over time also illuminates a possible contributing mechanism of action for the correlation: hotter weather is correlated with individual mental health suffering (depressive tweets), tracking robustly with higher rates of suicide.

The documentation of a significant risk factor for suicide is important, but even more so when the risk factor is both predictable through models and steadily increasing. This increased risk is nonspecific, meaning it affects not only those already experiencing mental health concerns, but the entire population.

The implication for practitioners is that while climate change itself is outside the scope of treatment-based medicine, it nonetheless is a contributor to increasing rates of mental health issues.1 Climate change presents a threat to mental health on both the large scale (trauma of displacement, loss of homes and livelihoods) and smaller scale (increased individual response to conditions according to the stress-diathesis model of mental illness).2 Practitioners must be aware of the trigger effects of external conditions on the general population and those who currently are at risk for suicide and other mental health crises.

The study controlled for confounding parameters such as gun ownership, air conditioning ownership, baseline temperatures, sex, population size, and others. Because the study results are so consistent across all socioeconomic groups in the United States, the researchers suggest that a physiological explanation for the correlation is probable. Study lead Burke states that this “suggests at least there’s a plausible biological linkage between temperature, thermal regulation and how the brain regulates its own emotion."3

The implication for practitioners is that while climate change itself is outside the scope of treatment-based medicine, it nonetheless is a contributor to increasing rates of mental health issues.

This study offers information for the development of mitigation strategies for communities experiencing the effects of climate change. For a practitioner, a mitigation strategy for rising temperatures should include the following: 1) close monitoring of those at risk during higher-temperature periods; 2) pre-emptive/preventive treatment for those with histories of mental health issues in preparation for warmer temperatures; and 3) improved screening of the general population for mental health issues during higher-temperature periods.

A potential intervention strategy could include the use of hydrotherapy to assist the body’s thermoregulation system. Hydrotherapy has been explored for mental regulation and has been described as a sedative and neuroleptic in schizophrenia4 and as an antidepressant in major depressive disorder.5 Based on lead researcher Burke’s hypothesis involving temperature, thermoregulation, and emotional state specifically related to suicide, cold exposure could help to reduce the symptoms and risk of suicide from rising ambient temperatures.

Christina Bjorndal, ND, is a naturopathic doctor with a focus on mental health. She is author of 3 books, including her most recent publication, Beyond the Label: 10 Steps to Improving Your Mental Health with Naturopathic Medicine. 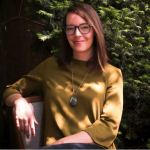 Lachlan Crawford, ND, has a mental health practice in Toronto, Ontario. She graduated from the Canadian College of Naturopathic Medicine after completing a bachelor's degree in Ecological Determinants of Health from McGill University.