The study was a retrospective study based on chart review at a tertiary care center from 2006 to 2010. The interpretation of breath test results was blinded as to treatment group.

Participants were an evaluable subset of 104  individuals (77 female,  27 male) aged 18 to 85 years who presented with small intestinal bacterial overgrowth (SIBO) symptoms, a positive lactulose hydrogen/methane breath test, and follow-up lactulose breath testing. Participants chose to undergo 7 to 10 days of  rifaximin (400 mg 3x/d) or 30 days of 1 of 2 combinations herbal formula treatments: 2 capsules each of Dysbiocide and FC Cidal by (Biotics Research Lab, Rosenberg, Texas ) twice daily or 2 soft gels Candibactin-AR and 2 tablets Candibactin BR by (Metagenics Corporation, Gig Harbor, Washington) twice daily. In addition, a triple antibiotic protocol (clindamycin 300 mg 3x/d, metronidazole 250 mg 3x/d, neomycin 500 mg 3x/d) or 1 of the same 2 herbal protocols was used as “rescue therapy” for 30 days if the initial treatment failed to normalize the breath test. There were no significant differences in age, gender, SIBO risk factors, or irritable bowel status between those who chose herbal therapy vs those who chose rifaximin.

A negative breath test following the treatment regimens was the measured outcome. Symptom improvement was not assessed.

The implications of the study are clear: Herbal treatments are a viable option for patients with SIBO. However, for clinicians, symptom management is as important as the objective measures of the lactulose breath test. Since the study is a retrospective look at the treatments, the objective outcome measure of hydrogen/methane breath made sense. In future studies designed prospectively, symptom relief would be a useful consideration and outcome for clinicians.

The implications of the study are clear: Herbal treatments are a viable option for patients with small intestinal bacterial overgrowth.

Due to the limited power of the study, pooling of some of the data was a necessity that clouds our ability to make any distinctions in the treatment outcomes. First, the type of gas—hydrogen or methane—was not delineated. Second, the “herbal therapy” consisted of 2 very different formulas from 2 different supplement companies. It is telling that both herbal treatments seemed effective, but a study focused on a specific herbal protocol would be more revealing.
Another limitation is that the drug regime used, while still the most common employed by physicians, is not the most effective prescription treatment available. Other more effective pharmaceutical treatments may show a better efficacy in future studies.1
These criticisms aside, this article goes a long way in validating the use of herbal treatments in SIBO. One practical consideration for their use is the difference in cost. Rifaxamin is an expensive antibiotic (more than $1,000 for treatment course), although it is covered by insurance in many cases. The herbs used in this study were about one-tenth of the price (less than $120 for treatment course) and equally effective. As the authors mention, future prospective research studies still need to be completed to determine information about symptoms and which herbal treatments will work best, but for now, these herbal treatments appear safe and effective.
To be clear, many of our criticisms are due to the retrospective nature of the study and not necessarily the intent or neglect of the researchers. SIBO research is in its fledgling stage, so our hope is that future studies can build on the intriguing findings of this retrospective analysis.

Steven Sandberg-Lewis, ND, DHANP has been practicing since 1978, teaching gastroenterology at National University of Natural Medicine and in private practice at 8Hearts Health and Wellness in Portland, Oregon.

He lectures extensively, presents webinars, podcasts and interviews on issues of digestive health. He is the author of the medical textbook Functional Gastroenterology: Assessing and Addressing the Causes of Functional Digestive Disorders, Second Edition, 2017.

Sandberg-Lewis lives in Portland with his wife, Kayle. His interests include mandolin, guitar, writing and lecturing. 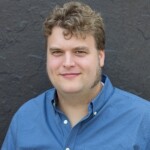 Probiotics May Not Be for Everyone