Associate Publisher
The American Association of Naturopathic Physicians (AANP) recently announced the appointment of Laura Farr as the new executive director for the AANP. 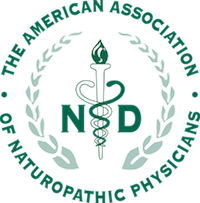 (Washington, DC) July 24, 2017 – The American Association of Naturopathic Physicians (AANP) recently announced the appointment of Laura Farr as the new executive director for the AANP. The announcement came during their Annual Convention Gala, which took place at the Arizona Biltmore in Phoenix on July 15. The AANP board of directors chose Farr, who has served as executive director for the Oregon Association of Naturopathic Physicians since 2005, for her years of dedication to the naturopathic medicine profession.

AANP president, Jaclyn Chasse, ND stated, “The AANP board of directors, staff, and members are delighted to have Laura Farr as the new executive director of the AANP. With her extensive background and proven track record in policy and advocacy affecting naturopathic physicians in Oregon, we are excited to see how she can make similar progress on a national front.”

A passionate advocate for the naturopathic physicians in Oregon, Farr will bring her nearly 20 years of service to the profession on a national level. A political organizer by training, Farr has demonstrated her ability to lead successful healthcare policy initiatives in Oregon. Among her successes, Farr has worked on several landmark ballot measures in Oregon, including passage of Vote by Mail and several measures to increase tobacco taxes as a public health policy to decrease cigarette use. She has also worked on many successful legislative advocacy campaigns ranging from creating smoke-free workplaces to expanding the naturopathic formulary.

Laura Farr, who in 2014 won the AANP’s Champion of Naturopathic Medicine Award, brings with her a deep knowledge of the complexities of healthcare reform, expertise on how naturopathic doctors, conventional clinics, and insurers can collaborate to improve patient care and reduce healthcare costs, and a commitment to integrating naturopathic medicine into primary care systems across the country.

Farr will begin her role as full-time executive director in mid-September, where she will work toward the AANP’s strategic plan goals, which include achieving full-scope legal recognition of the naturopathic profession in all 50 U.S. states by 2025.