A look at the cognitive impact of exposure to green space

Living near nature may improve psychomotor speed/attention and overall cognition, adding to the list of positive health effects associated with green spaces.

Residency in an area with increased green space was associated with better cognitive function in middle-aged female nurses and should be further investigated as a potential population-level approach to improving cognitive function.

Between 2014 to 2016, investigators invited 40,082 NHS II participants to participate in the current study, of which 14,151 completed the self-administered cognitive exam (Cogstate Brief Battery).

All study participants lived in the United States, and researchers adjusted for socioeconomic status; 98% of participants were white.

The Cogstate Brief Battery is a self-administered test that includes 4 tasks designed to be a sensitive indicator of early cognitive deficits. Using this validated test, investigators computed 3 composite scores:

The study looked at participants’ scores on the Cogstate Brief Battery, which is a computer-based cognitive assessment tool that can be used to measure cognition.

This study found that increasing green space is associated with higher scores for overall cognition and psychomotor speed/attention. However, there was no difference in learning or working memory.

Human exposure to nature as green space, and the ramifications thereof, has become increasingly interesting to researchers. Perhaps the consideration that nature, in and of itself, is foundational to the human experience and, therefore, would be expected to impact the human body in numerous ways, is rightly compelling in an age when 55% of the world’s population lives in urban areas and with 68% of the world population projected to live in urban areas by 2050.2 Researchers are investigating the importance of exposure to green space and the connection to neurological health as access and exposure to nature and wild areas potentially become less accessible to a growing global population increasingly residing in urban areas.

The last few decades have yielded a growing body of data supporting numerous positive neurological associations with exposure to green space, including the impact on cognition in children,3,4 recovery time from surgical events,5 dementia,6 mental health,7 and more. When working with patients experiencing issues with cognition and mental health, etc., practitioners may rightly consider asking patients about access to and time spent in nature and, depending on their answer, encouraging them to increase their time in nature.

It should be noted that the Normalized Difference Vegetation Index (NDVI), though valuable as a research tool to inform green space within study parameters, has its own challenges. Researchers recently reported that it “may do a poor job of fully characterizing the human experience of being exposed to trees and plants, because scenes with the same normalized difference vegetation index value can appear different to the human eye."8 Despite being a powerful tool, the NDVI cannot discern the full reality of study participants’ experience with and exposure to nature as green space.9 For example, urban dwellers may intentionally seek green space opportunities, and this would confound the results.

Follow-up studies should investigate the effect of actual behaviors and time spent in natural settings. Furthermore, this study should help inform urban planners who are in a position to influence the amount of green space in cities and neighborhoods as the population in these areas increases.

Lastly, this study is limited by its narrow patient population, as it essentially assesses only middle-aged, white, female nurses. This study may also be of limited relevance to individual practitioners as it was not designed to determine if habitually exposing oneself to green space improves cognition. It demonstrates only the effect of residing closer to green space, something that individual practitioners have little influence over.

Lily holds a bachelor’s degree in biology and a master’s degree in education. She has worked as a naturalist, a biology educator and has dedicated much of her career to premium, mission-driven and health-focused work starting with Whole Foods Market in the mid-2000s, at various roles over a ten year period at Gaia Herbs, and most recently at Ōura. Lily has presented on topics including herbalism and herbal supplements, medicinal mushrooms, hemp and more in front of national audiences.

As a committed gardener of medicinal plants, Lily maintains an urban garden in the Chicago metropolitan area and also cultivates land in the forests and fields of the Michigan countryside. She grows many varieties of unusual, rare, and commonly used herbs annually, using what she grows to promote health throughout the year.

Lily has been a runner for over twenty years and is passionate about movement, mindfulness, seeds and seed saving, gardening anywhere, hiking, yoga and advocating for people to spend more time in nature. Lily can also be found in her kitchen developing nutrient dense recipes for food, ferments, herbal teas, oils and more that she makes and shares with family and friends. 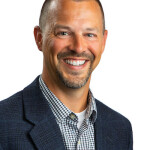 Corey B. Schuler, FNP, CNS, CNSC, DC, serves as director of medical science for Gaia Herbs. He is a family nurse practitioner, certified nutrition specialist, and nutrition support clinician. He received his chiropractic doctorate from Northwestern Health Sciences University, master of science in human nutrition from the University of Bridgeport, and master of science in nursing at Graceland University. He continues his education in the doctor-of-nursing practice program at Fort Hays State University. He has additionally earned an executive master of business administration and an undergraduate degree in chemistry. Schuler authored a chapter in the textbook Integrative Medical Nutrition Therapy (Springer, 2020) and serves as an adjunct professor in nutrition and business programs. Schuler practices holistic primary care in Minnesota.